Scanning your devices for viruses just got a whole lot cheaper. 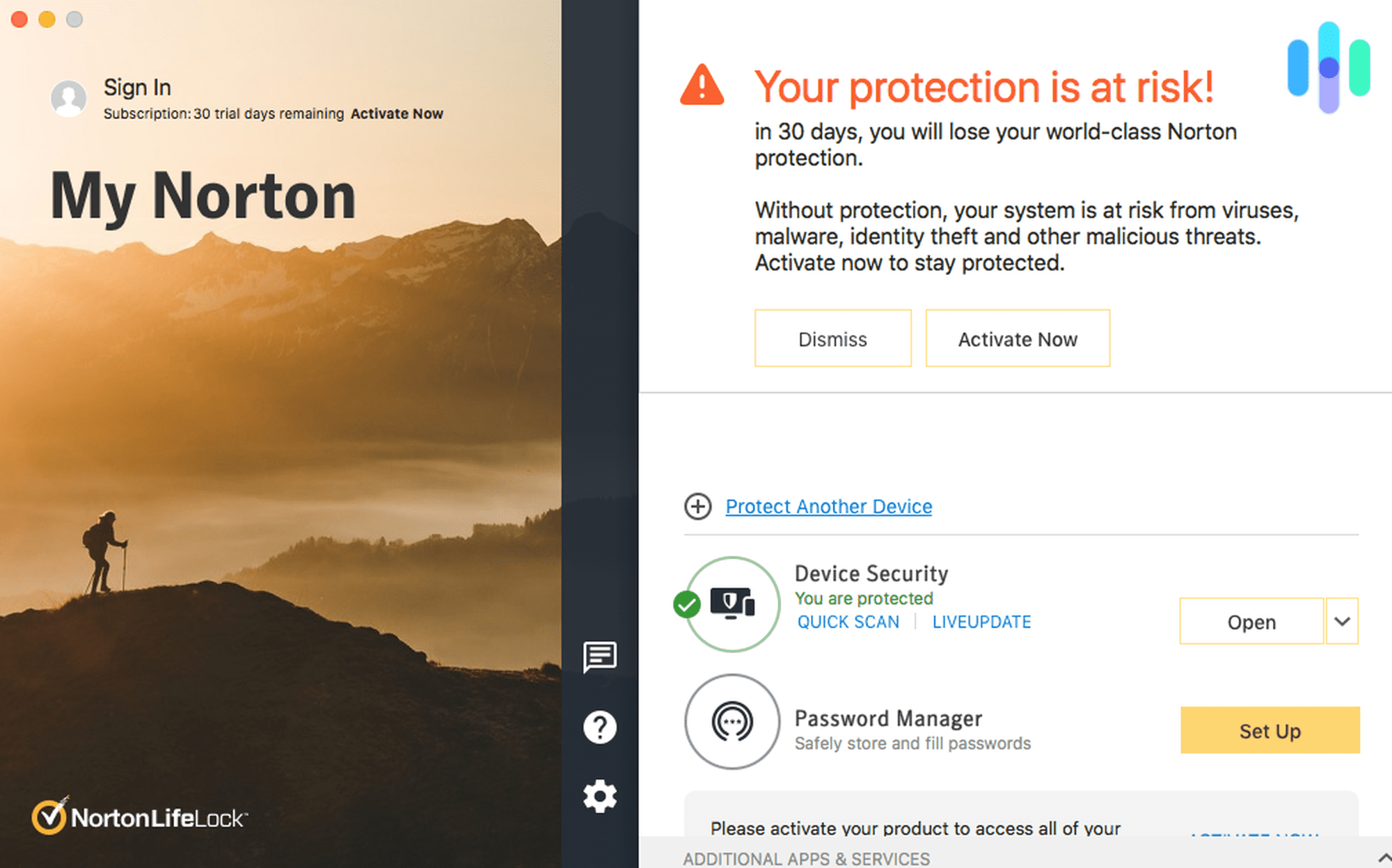 All of these words are scary, causing us to imagine account takeovers, slow computers, and pop-up advertisements on our smartphones and tablets, along with our Microsoft Windows PCs, Macs, and more.

The solution to internet security, viruses, and cyberattacks is antivirus software, and it doesn’t have to cost a fortune.

Although Norton is one of the top two antivirus programs in terms of name recognition, the company offers discounts throughout the year to make its services more affordable. Keep reading to see exactly what discounts Norton offers for virus protection.

2020 was a bad year in general, and that applied to Norton. Even though over 186 million people in the U.S. shopped from Thanksgiving to Cyber Monday, spending an average of $312 each, Norton didn’t offer any Black Friday or Cyber Monday deals last year. That’s a shame, as 44 percent more people shopped exclusively online than in 2019, and you can download Norton without leaving your home.1

Fortunately, after a rough 2020, Norton bounced back in 2021 by offering wonderful Black Friday and Cyber Monday deals. On Norton’s website, antivirus products went on sale for up to 36-percent of their original prices, while on third-party online retailers, Norton products were up to almost 80-percent off.

We expect to see similar, if not better, deals again on this year’s Black Friday and Cyber Monday, which falls on November 25 and 28 this year.

Norton is one of the few antivirus programs to have discounts on Prime Day, Amazon’s two-day savings event. In 2020, Prime Day came early for Norton. Norton was selling an annual subscription of Norton 360 on Amazon for $25, a discount of over 70 percent from $90.00.2 Norton recycled the same promotional offer on Prime Day 2021, but started its sale as early as two weeks before the actual Prime Day.

Norton’s savings aren’t just on sales holidays. At the time we’re writing this, Norton is offering discounts up to 40-percent on two-year subscriptions, and up to 36-percent on annual deals. No, there aren’t any special occasions, but we’re happy to get these beyond-generous discounts.

Aside from Black Friday, Cyber Monday, and Prime Day, we couldn’t find any holiday deals for Norton. But since the company gives deals throughout the year, we’re still celebrating.

Coupon codes change, but as of June 2021, the only coupon code you’ll need is NLLDEF.

You can save up to $55 just by typing in this promo code.

Not sure if Norton is right for you? The company offers free antivirus, along with Norton Secure VPN and LifeLock identity theft protection, for a week. It’s all part of Norton 360. Compare the plans below, or read our page on Norton antivirus pricing to learn more.

TIP: If you want a VPN and identity theft protection along with your antivirus software, choose Norton 360 with LifeLock Select to save the most money.

To learn more about these services, read our Norton Secure VPN review or our LifeLock review. You can also check out the latest LifeLock deals or LifeLock Black Friday and Cyber Monday deals.

If you’re a student, you can save up to $60 on Norton antivirus software; annual plans have the most discounts possible. Just register with Student Beans to verify your status as a student for free. Once you sign in to Student Beans, discounts apply and you can redeem these special offers for antivirus packages.

NOTE: The above prices are for the first year only. With Norton, all costs will increase from the second year on.