Are your kids swimming in dangerous waters?

Madi is a seven-year-old who, like many kids her age, enjoyed using the hottest smartphone apps. At the time, Musical.ly was all the hype.

She didn’t have her own smartphone, so she used her parents’ phones to make goofy duet videos with her cousins. It was all pretty innocent until one day, Madi received a message from Jessy, who claimed to be nine years old. “A new friend!” Madi thought.

Moments later, Jessy asked Madi to send a photo, to which Madi complied. It didn’t end there, though. Jessy asked for more pictures of Madi, this time with her clothes off.

Madi’s father, Brad, posted the entire conversation on Facebook.1 Fortunately, Madi was smart enough to decline Jessy’s request — or rather the request of the online predator pretending to be Jessy. Instead, she reported it to her parents, who then posted on Facebook to raise awareness after contacting police. 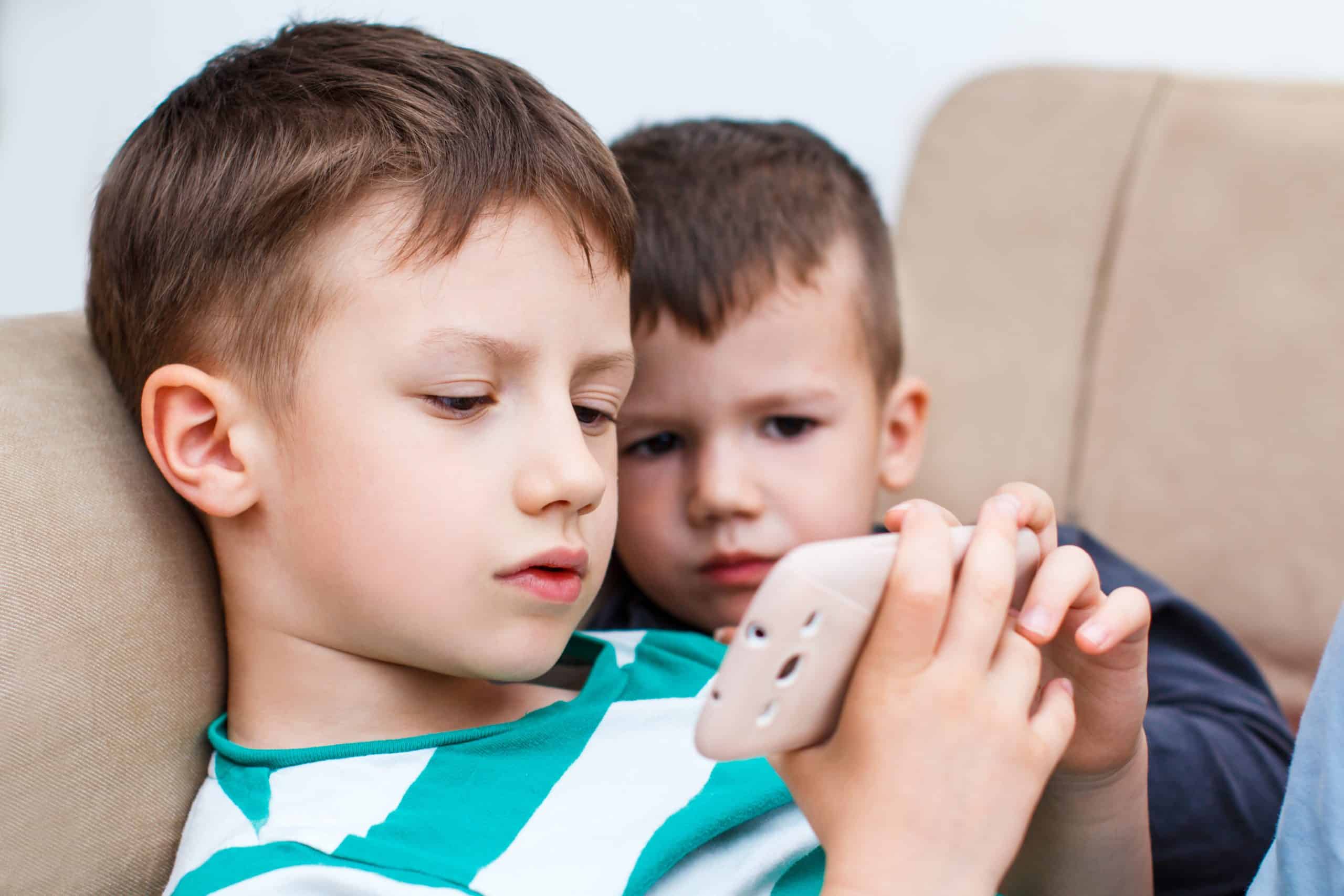 Madi’s story gives us insight on where we should look first: Social media websites. As much good it has brought to our lives, social media can harbor a lot of bad things, from hacking to cyberbullying to online abuse.

Unlike the predator who targeted Madi, most online predators don’t reveal their true intentions immediately. They will stalk their victims, get to know them, establish a relationship, and earn their trust. Only after they have done those things will they try to cross the line.

Unfortunately, social media websites give predators the avenues to target victims. It’s so easy to stalk and contact someone on social media, especially if their privacy settings are not set up properly.

That said, Facebook, Instagram, TikTok, and other mainstream social media platforms have taken steps to protect their users, especially minors, from predatory behavior. They’ve made it easier for parents to set up barriers that would prevent strangers from, let’s say, commenting on their children’s posts, adding them as friends, or sending them messages. If your teenager is on any social media platform, we suggest you look into these privacy settings and set them up for your child’s account.

Expert Tip: Is TikTok safe? Find out how safe TikTok is for your kids and their privacy, and learn how you can make it safer to use.

Because of the tightening policies of mainstream social media platforms, online predators are migrating to more obscure social media sites — those that are not as popular as Facebook or TikTok, but are also frequented by teenagers and kids.

Like, for example, platforms that are TikTok alternatives but, up until recently, didn’t offer any option for parental controls or making accounts private. As a result, online predators have used the platform to not only communicate and groom minors, but solicit inappropriate photos and videos.

Another example is Discord, a chat website open for anyone over the age of 13, although without a true age vetting process, virtually anyone can join the platform. It’s a favorite hangout among online predators and there have been many reported cases of abuse that stemmed from abusers contacting the victims through this site. In one extreme case, two teenage boys were found in a trafficking ring where they were used as sex slaves by the suspects who initially used Discord to make contact.

Predators like to hunt where the “prey” is, and next to social media websites, teens and children spend most of their time playing games.

Now, if you’re a parent who grew up playing video games yourself, it’s important to note that video games nowadays are very different from the ones we grew up playing. They have added a social aspect to their platforms, allowing users to communicate with other players.

Many online games have a worldwide chat feature, or even a virtual lobby where players’ avatars can interface with each other.

If that doesn’t work, they’ll manipulate (“Nothing to worry about, all the kids are doing it”). Or they’ll scare their victim into giving them what they want (“I know your location. I’ll tell on you if you don’t do it”).

The worst part is, a lot of parents are unaware that online games, even child-themed ones, can be used for such sinister purposes. As a result, they don’t monitor their children as much during their playing time.

Did You Know: Roblox has one of the largest online gaming communities, and many of its users are kids and teens. Is Roblox safe for kids? Find out before letting your child play this online game, and check out these Roblox dangers and safety tips every parent should know.

At the height of the pandemic, a new form of social media rapidly increased in popularity: livestreams. People, especially teenagers, flocked to livestreaming sites, like the Amazon-owned Twitch, to watch others broadcast themselves playing video games, performing, or doing virtually anything.

Besides watching live broadcasts, users of these streaming sites can also create their own streams and make money through subscriptions and virtual goods from viewers.

Anyone above the age of 13 can broadcast on Twitch, and because there’s a possibility of making money through it, there have been a lot of teenage streamers on the platform. Even kids under 13 have reportedly been spotted using the platform because, again, a lot of websites don’t really have a reliable age-vetting process.

That’s where the problem starts. Online predators have found a way to weed through thousands of livestreams to find those they can potentially target. As explained in a September 2022 article by Bloomberg, 3 online predators look for channels of minors with very few viewers and then entice them into doing things in exchange for virtual goods.

Online predators may “dare” their victims to do seemingly innocent things, like dance to TikTok trends, while others may be more straightforward and directly ask their victims to perform lewd or inappropriate acts.

It’s not that Twitch — or any other livestreaming site, for that matter — is being light and loose when it comes to sexual exploitation of kids. Thousands of livestreams broadcast at any given time, and it’s difficult for their moderators to monitor all those streams in real time. So unless they increase the minimum age limit of who’s allowed to stream, online predators will likely remain a problem for them. The best we can do as parents is to not let our kids broadcast themselves to strangers in the first place.

Protecting Our Kids Against Online Predators

How many times have we seen nature documentaries portray a mother gazelle protecting her young from a predator, only to perish herself in the process? In nature, prey species are often powerless against predators, but the reverse is true when it comes to parents and online predators.

We as parents are not powerless; in fact, a mere mention of us by our kids can make online predators scram. That being said, we shouldn’t wait until a predator gets access to our kids and teenagers before taking action. As they say, an ounce of prevention is worth a pound of cure.

So, how can we protect our kids online? We’ll share with you a few tips.

The Bottom Line on Online Predators

There are things we can’t control, and things we can. We can’t control the fact that online predators exist, or that they’ll likely exist for as long as there’s the internet. We can, however, control how we protect our kids from them. Don’t let the sleazeball online predators outsmart you. Instead, take the necessary precautions to give your children a fighting chance. 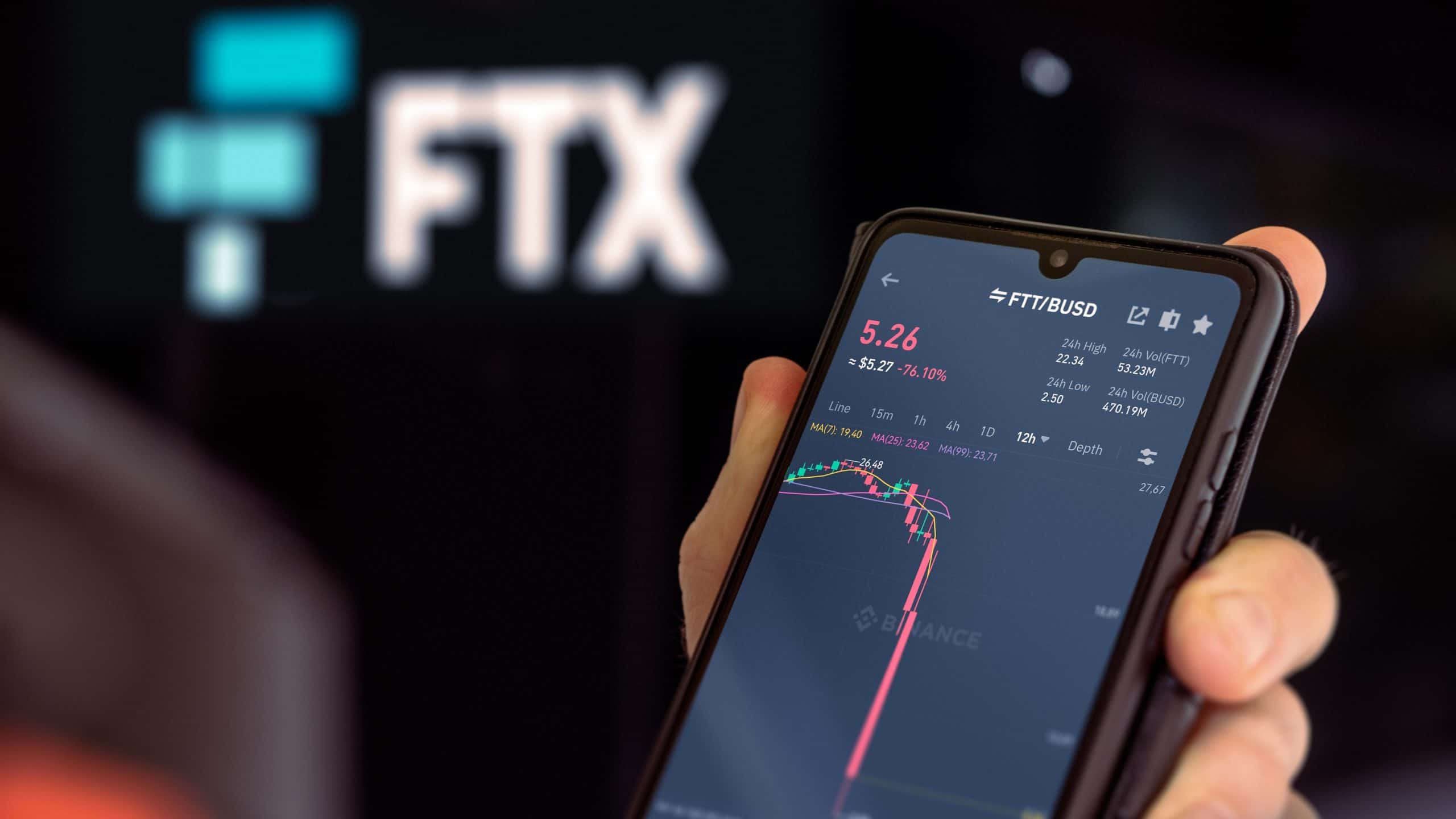 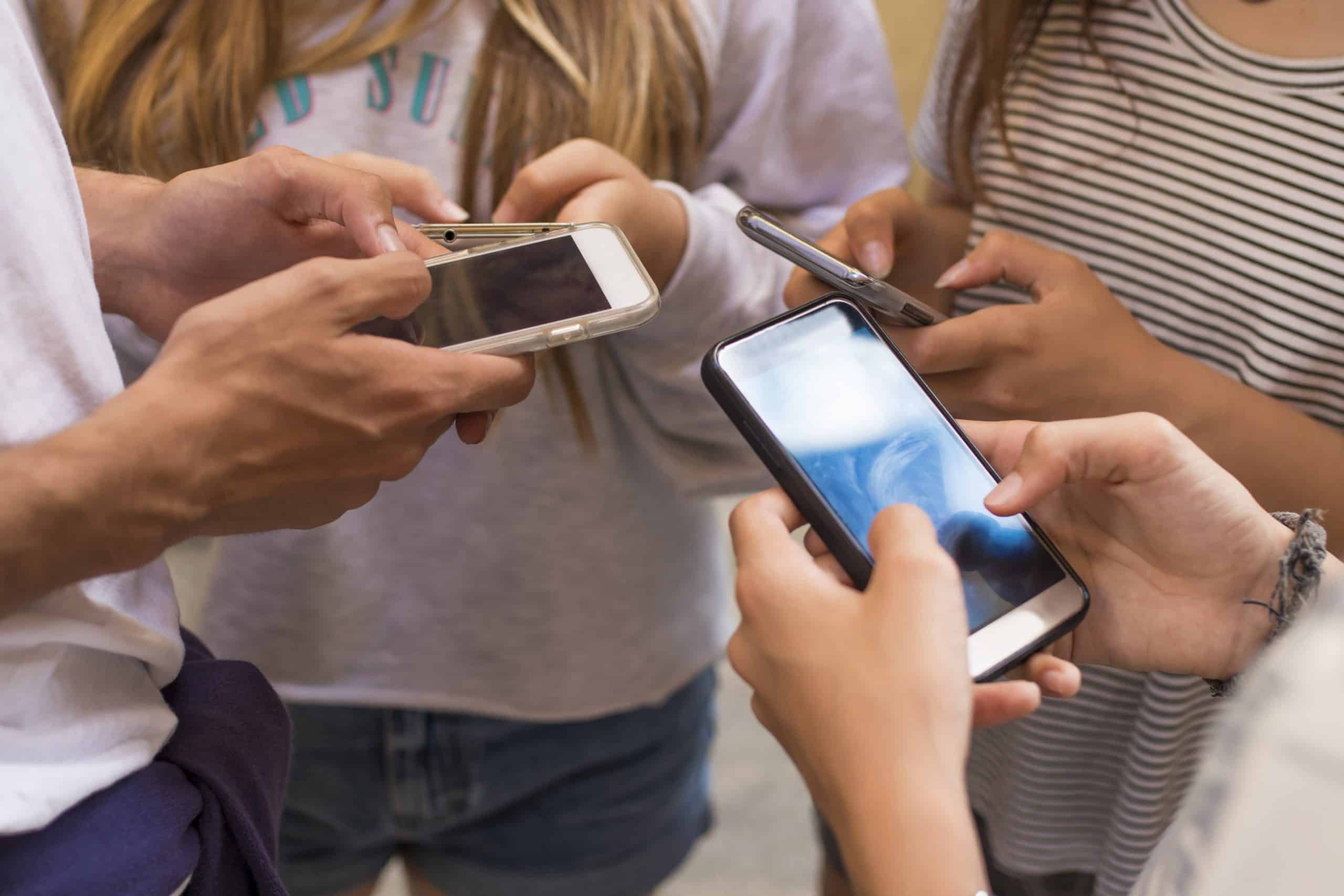 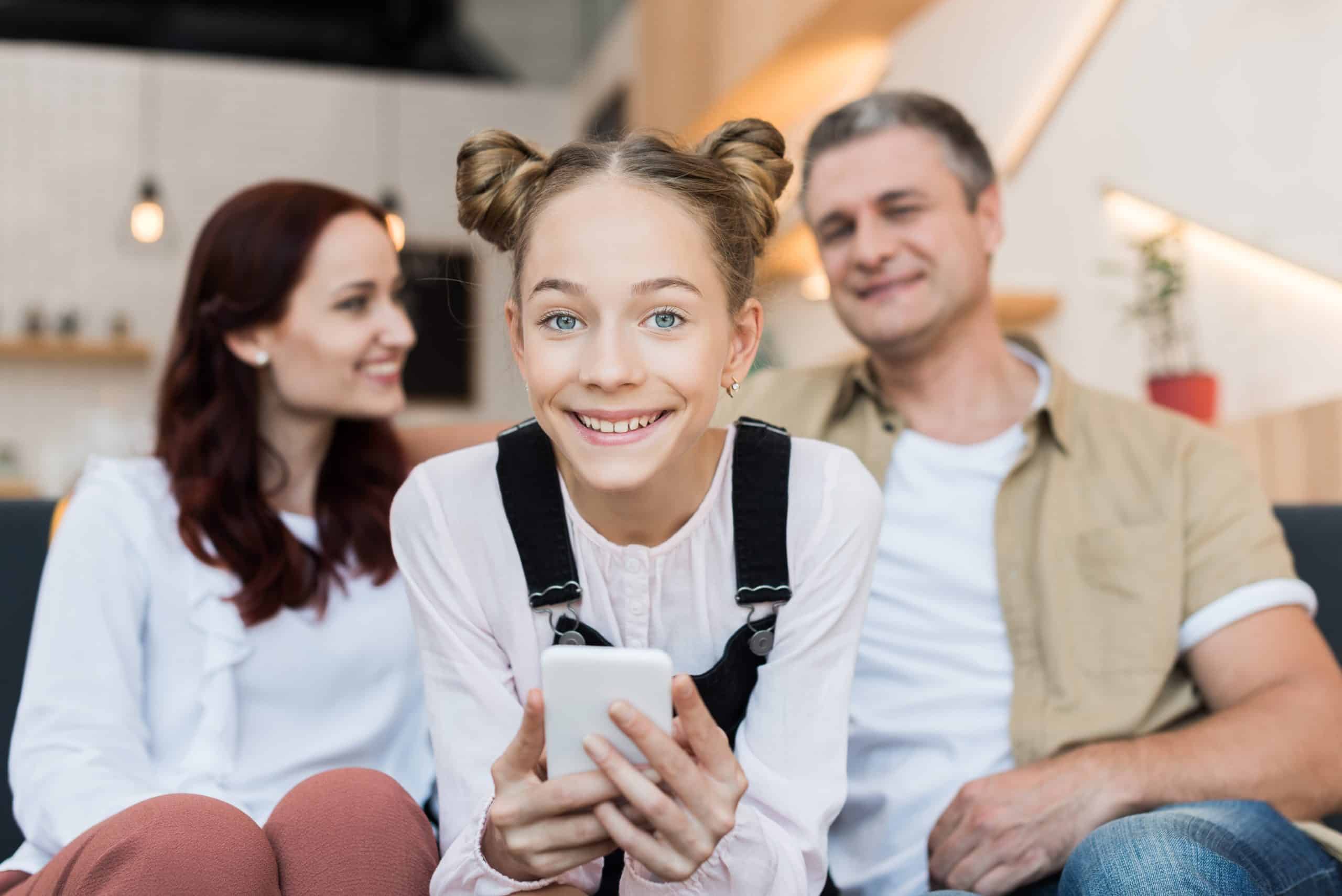 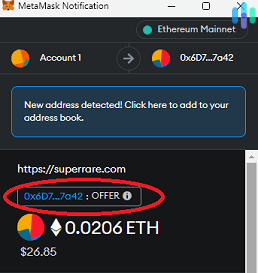 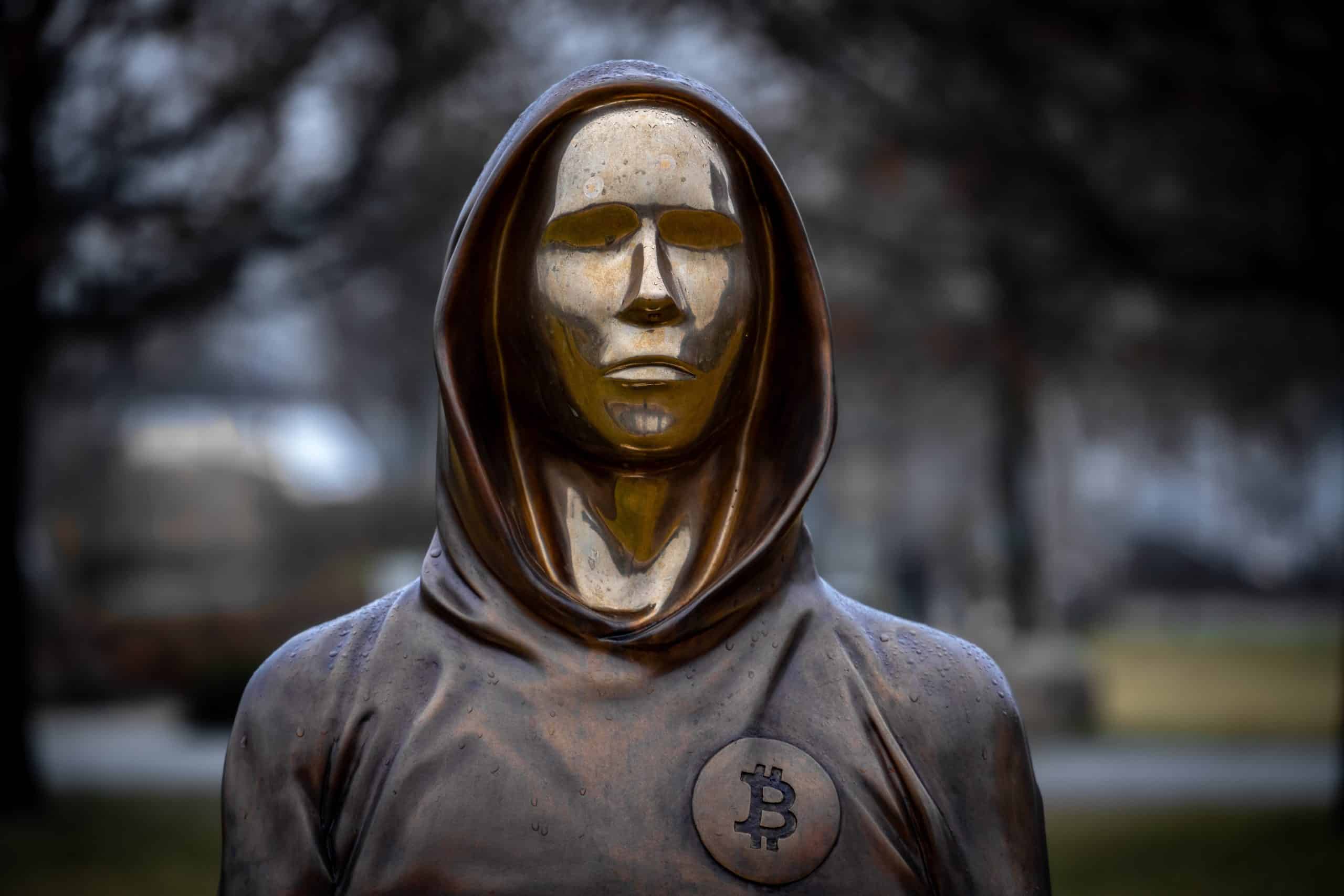 6 Surprising Things We Know About Satosh...
Need additional insights for a story?
Send our research team an email
Submit