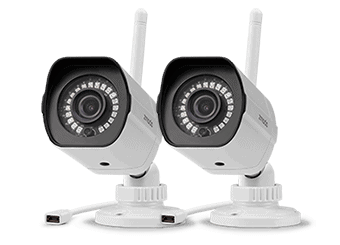 We have good news and bad news for you. The good news is that Zmodo’s cameras cost no more than $100 apiece. So if you need a bunch of cameras for your home or property and don’t want to spend a lot, Zmodo is definitely a viable option. The bad news is that Zmodo hasn’t been very active when it comes to offering Black Friday and Cyber Monday deals. In the past seven years, we’ve only seen it offer Black Friday and Cyber Monday deals twice, in 2014 and in 2018.

Will Zmodo have any deals this year? We’re not holding our breath. However, while Zmodo might not have Black Friday discounts again this year, retailers that sell its cameras might. Unlike last year, we expect to see more in-store discounts on Black Friday now that we’re transitioning to the new normal. If there are brick-and-mortar stores near you that sell Zmodo cameras, pay them a visit on or around Black Friday. You might just find yourself a discount.

Tip: Zmodo’s posts on its Facebook page actively. If the company ends up offering Black Friday deals this year, that’s where you’ll likely hear about them first. Also be sure to bookmark this page and check back often. We’ll continue to update this page as the newest Zmodo holiday deals are announced.

The Cost of Zmodo Security

While Zmodo does not participate in Black Friday sales often, it is pretty good at bundling its cameras and discounting prices, with two, three, and four-packs available for those with larger homes or businesses. Of course, you can buy individual cameras, which start at just $29.99. You can also purchase refurbished versions of Zmodo’s older cameras.

There’s also cloud storage to think about, especially if you want to keep your video footage for more than 12 hours. A week of cloud storage costs either $4.99 or $4.16, depending on whether your contract is annual or monthly, or for 30 days of storage, $9.99 or $8.33 a month. As you can see, signing up for annual plans can save you about $10 to $20, so it pays to commit.

With seven cameras to choose from, you may be feeling a bit overwhelmed with tech specs and long reviews, so to cut to the chase, we’ve rounded up what we’ve found to be true with these cameras in our Zmodo testing and review.

Zmodo was founded in 2009, over a decade ago, and the company has sold millions of products since. In 2018, it added integrations with Alexa and Google Assistant, and the next year, it attended the Consumer Electronics Show for the fourth time.2 While Zmodo certainly isn’t as well known as camera companies like Ring or Arlo, its devices are comparable, and often less expensive. That said, if you’re looking for a more robust home security setup, check out our latest Ring vs. Arlo comparison.

Pro Tip: Want the best of the best when it comes to home security? If so, don’t forget to read our latest rundown of the top home security cameras available.

Although Zmodo hasn’t been the most generous when it comes to Black Friday and Cyber Monday deals in the past, we’re hoping it offers at least a few deals this year. We’ll update this page as soon as we hear anything, so check back often. You could also follow Zmodo on Facebook to stay updated on discounts, not just for Black Friday, but all-year round.