Being anonymous online doesn’t have to cost a fortune. 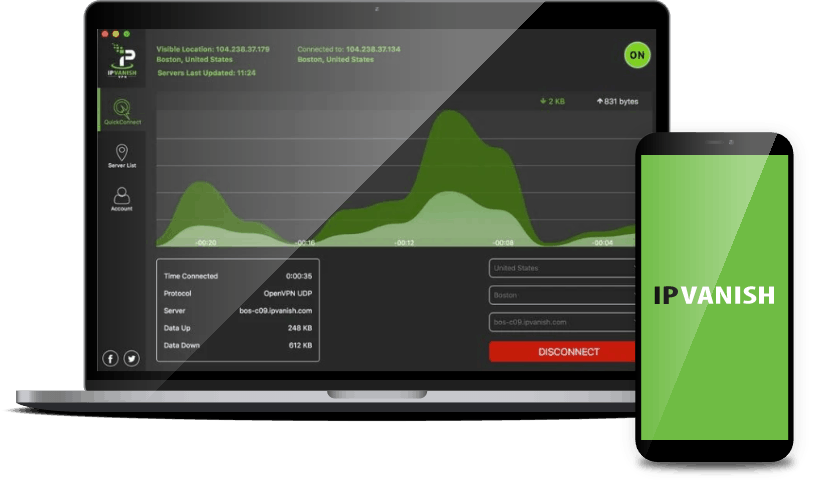 Maybe you want to get around the firewall at your job, or maybe you want to watch Prime Video in another country to unlock some great new TV shows. Whatever the reason, you don’t want to spend a ton on your VPN, and IPVanish is here to help. With Black Friday, Cyber Monday, and seasonal discounts galore, you can get a VPN for less than the price of a cup of coffee.

What’s the best kind of holiday? That kind where you can save money.

In the past few years, we saw IPVanish give away discounts up to 76 percent on its annual plans, and 25 percent on its three-month plans. Better still, those deals didn’t last for just a day or two. They were available for about a month, so impulse buying wasn’t a thing for takers. We’re hoping to see similar deals this year, if not better, and we’ll update this page when we do.

Note: If you’re looking for encrypted cloud storage, purchase the Surfshark VPN with SugarSync to save money on both.

Besides Black Friday and Cyber Monday, the calendar year is chock-full of sales holidays. Unfortunately, some of the biggest ones don’t include deals on VPNs, such as Prime Day. The good news, however, is that IPVanish offers discounts even on other holidays.

This year’s Mother’s Day and Father’s Day? Yep. Fourth of July? Of course! Ever heard of Cybersecurity Awareness Month? There were deals during then, too. In short, if there’s a holiday coming up, even a small one, check for IPVanish deals.

It doesn’t have to be a holiday for IPVanish to give customers amazing deals.

For example, when summer began in June, there was a summertime deal that let us save up to $89, with plans as low as $2.62 per month. Last April, the VPN service gave us an annual plan for only $3.49 a month, saving us $89. Only the month before, we could’ve saved up to $76.39, as all plans were discounted. And a month before that in February, savings were as high as $65.

As you can see, the savings on VPN plans are only increasing, and the IPVanish VPN has discounts about once a month, regardless of whether it’s a holiday or not.

If you’re a new customer, you can use IPVanish promo codes to save money. Once you enter them, your code will be automatically applied so you can connect to the VPN servers in minutes.

Right now, you can use the code JULY22 at checkout to enjoy a discounted rate and free access to the VIPRE antivirus software for one year (and if that doesn’t work for you, try substituting “July” for the present month). Here’s how much the savings figure:

How Much Does IPVanish Cost Normally?

IPVanish’s pricing structure is nothing if not unique. Essentially, you can pay monthly, quarterly, or annually, but with the annual and quarterly options, the cost will increase from the second year on pretty dramatically.

Although the price increases gave us a slight headache, once we calmed down, we realized that even with the inflated second-year prices, IPVanish is still relatively affordable. No, it’s not one of the cheapest VPNs we’ve ever seen, but that’s why we’re here, to let you know how to save the most money on IPVanish as humanly possible. Whatever you do, go with an annual plan, as that will save you more money over monthly or quarterly plans, no matter the circumstances.

VPNs do more than hide our IP addresses and web activity. They give us online anonymity, hiding our browsing history and encrypting our web usage. Even if you’re in a country with strong internet censorship laws, VPNs let you surf the web freely, and IPVanish is one of the best VPN services we’ve tested. Learn more about IPVanish in our IPVanish review, our page on IPVanish’s pricing, or our comparisons of IPVanish vs. NordVPN or IPVanish vs. ExpressVPN, two of its biggest competitors. Buying a subscription from IPVanish isn’t a big risk, though, as the company has a 30-day, money-back guarantee.