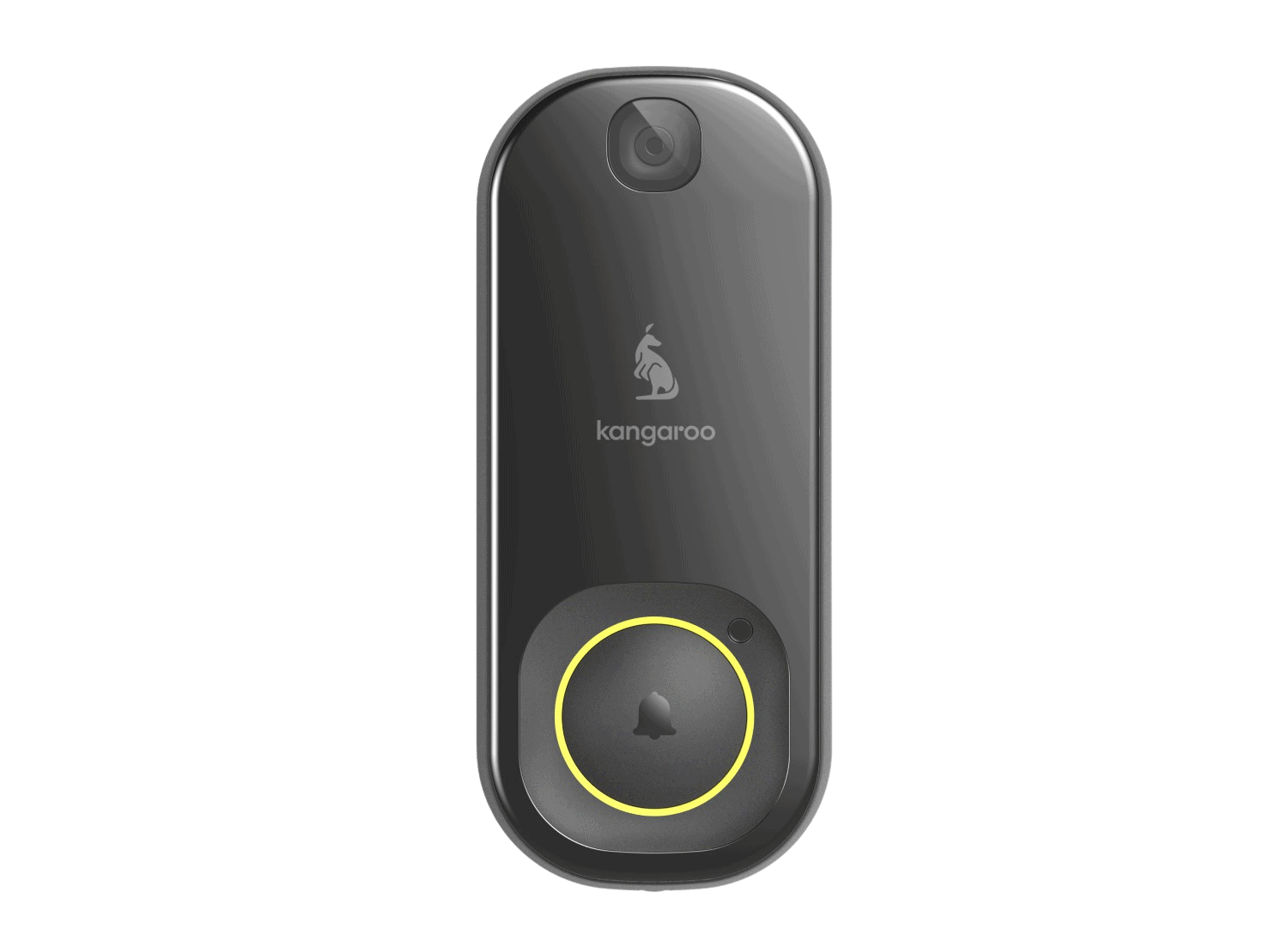 When we heard that Kangaroo had made a doorbell camera for only $19.99, we were shocked and a little bit suspicious. Most video doorbells cost around $115, which is about five times as much money. Could Kangaroo, a relatively new smart home security company, really produce a doorbell camera for that tiny budget? In this page, we’re breaking down all of the costs associated with the Kangaroo Doorbell Camera, not only the equipment itself but also storage and monitoring fees, and whether or not it’s worth the money.

As of now, the Kangaroo Doorbell Camera doesn’t work with any voice assistants like Alexa, Google Assistant or Siri, unlike their security kit. We wish we were able to command our doorbell camera, but alas, there were no smart platform integrations. Rats!

FYI: Although Kangaroo’s doorbell camera doesn’t work with any voice assistants at the time being, some of their other devices like their security system work with Alexa and Google Assistant, while the Privacy Camera only works with Google Assistant.

We bought the Kangaroo Doorbell Camera and Chime as a standalone package, although it’s also available as part of the larger Front Door Security Kit.

If you’re starting off with home security, the Front Door Security Kit is cheaper than buying all of the components individually; it’s even free if you sign up for a year of Kangaroo Complete, which costs the same amount as the entire kit! As far as installation went, we installed the doorbell camera ourselves, which saved us from having to pay big money for professional installation; rather, all we needed were our hands and five mm black screws. We picked these up from the hardware store for very little money, so if you’re on a budget, Kangaroo may be speaking to you directly.

Note that Kangaroo’s Porch Protection Plan and Kangaroo Complete plans differ based on what equipment you get; for example, if you get a security kit, which we tested out, then Kangaroo Complete will include 24/7 professional monitoring and integrations with Alexa and Google Assistant, among other premium features. But to keep things simple, we’re only showing you the plans relevant to the doorbell camera, which brings us to our next section…

Just because the Kangaroo Doorbell Camera doesn’t record video didn’t mean that we didn’t want to save the photos it took. For free, the photos were saved in cloud storage for a day, but we could’ve upgraded to a year of cloud storage for only $23.88 a year, which comes down to $1.99 a month with the Porch Protection Plan. For $10 a month or $99 a year, we could’ve opted for Kangaroo Complete, which made us eligible for a homeowner’s discount. Since we aren’t even close to owning homes yet, we went with the Porch Protection plan. It’s not surprising that Kangaroo offers cloud storage, as the cloud industry was valued at over $46 billion in 2019.1 Yes, billion with a B. However, we wish the doorbell camera also had a slot for a micro-SD card so we could store the photos locally (and for more than one day without paying a subscription fee).

Kangaroo Doorbell Camera: What We Liked

Since we prefer our doorbell cameras to record video, we ended up trying to return the Kangaroo Doorbell Camera; sad! But when we went to their website to return it, we found that they only accept returns from up to 30 days from the original ship date. Since we had tested the doorbell camera for months, we were way past that date, so no refund for us. However, if we had returned it in that time period, we could’ve expected a refund in three to five business days, not too shabby.

Note: If you want to test out the Kangaroo Doorbell Camera without financial risk, mark 30 days from the shipment date on your calendar; you’ll need to return it in that window to get a refund.

Whether it’s a monthly or yearly subscription, if you want to cancel your Kangaroo subscription as we did, go into the Kangaroo: Simple Home Security app, click “My Account”, “My Plan” then “Cancel”. However, don’t think you’ll be able to get a pro-rated refund for an annual plan; rather, your car will be charged when you purchase it, so there’s little point in cancelling before the year’s up. Sorry, not sorry!

When it comes to clicking purchase, we used a regular Visa debit card, but we could’ve also paid using any major credit card and even cryptocurrency. However, Kangaroo doesn’t accept any gift cards or prepaid debit cards, so be prepared to whip out that Mastercard, Visa, American Express, or Discover.

Kangaroo offers a one year warranty with all of its products. In a nutshell, they’ll replace devices or parts of devices that are defective with new parts or devices, which may or may not be refurbished. If you think you have a product that’s defective or has a defective part, contact Kangaroo’s support team as soon as possible to take advantage of your warranty within the first year.

Dear Kangaroo: How To Get In Touch

Maybe your Doorbell Camera isn’t working as you thought it would and you can’t find any answers in their online support center. In that case, it’s best to contact Kangaroo directly: