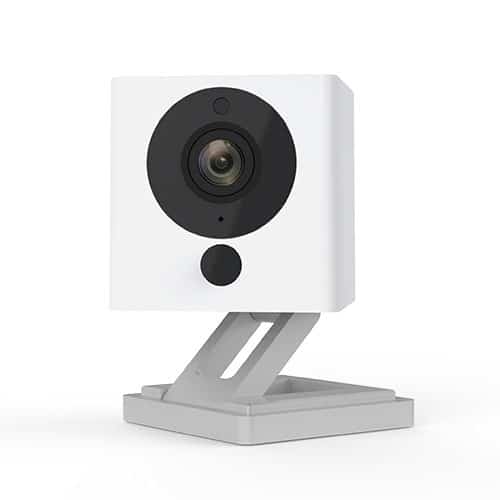 Nowadays, it’s hard to find a decent security camera for less than $50, but Wyze Labs made quite the splash in the home security market back in 2017 when they released the $20 Wyze Cam v1. It was a simple indoor camera with features that rivaled even devices that cost five times as much.

Since then, Wyze Labs’ product catalog has grown exponentially. It added a video doorbell and outdoor camera to its lineup, and it also offers smart locks, garage door controllers, smart lights, and whole home security bundles now. Even so, one thing remained the same: Wyze products are affordable.

With Black Friday and Cyber Monday sales from other security camera companies in full swing, are there deals on Wyze’s side of the fence?

Good news! Wyze is having a Black Friday and Cyber Monday sale this year after passing up for quite some time.

Unlike other security camera Black Friday deals, which have been announced as early as the first week of November, Wyze took things slow. It revealed one deal per day starting Thanksgiving week. The deal announced on Black Friday, for example, was one year of free Wyze Cam Plus subscription with every purchase of a Wyze Cam Outdoor v2. This saves customers $20.

Cyber Monday is the final day of the sale, and along with 20-percent off the Wyze Gun Safe, the brand is offering discounts of up to 80-percent on its other products. Previous deals of the day are also still available, such as the following below:

Wyze also introduced the limited-edition Wyze Cam v3 Black, which has the same features as the original v3, but in a more subtle color. The price is the same too at $29.99 per piece.

In any case, it’s always best to compare deals and prices from different retailers before pulling the trigger. After all, Wyze Cam sales aren’t exclusive to the Wyze website.

If you’re checking out Wyze from third-party retail websites, look for bundles too. Wyze cameras work with both Alexa and Google Assistant, and you may be able to find discounted bundles.

Your Options From Wyze

Before scouring the internet for deals, it’s best to know what Wyze products to look for first. And right now, Wyze’s product catalog is expanding quickly. Let’s do a quick recap of its security camera offering.

Here’s a quick description of each.

There’s a spotlight mount, which puts a small but bright overhead light on the Wyze Cam v3’s frame, a floodlight mount with two powerful LED floodlights sticking out, and a lamp socket adapter for outdoor lamp fixtures that has a USB port for powering Wyze Cams.

Now, you don’t need to pay anything for Wyze after the initial equipment costs, if you don’t want to. However, if you want clips longer than 12 seconds, you can pay monthly or yearly for Cam Plus, which costs either $1.99 a month, or $1.67 a month if you sign up for a year, billed as $19.99. You’ll also get person detection, which means you’ll only be notified when the cameras detect people and not other inanimate moving objects. We think this is worth it, especially if you sign up for a year.

Wyze Cam is already one of the most affordable home security cameras, but that’s not even its stronger selling point. Wyze is best known for its innovative features that you wouldn’t expect from such affordable devices.

It seems almost too much to ask for discounts, but since Wyze is offering Black Friday and Cyber Monday deals this year — which it doesn’t do every year, by the way — we should take full advantage.