How Much Are Smart Lights?

There’s nothing that makes us feel quite as futuristic as smart lights. Being able to turn our lights off at the end of the day without getting out of bed is just fantastic. As you may have noticed, though, smart lights are pricey, costing much more than regular light bulbs on average. However, we’ve found a variety of costs, ranging from just over a couple of dollars all the way up to $60 for a single bulb. Moreover, smart bulbs can save you money compared to incandescent bulbs by using less energy. We have a lot to cover, so let’s get started. 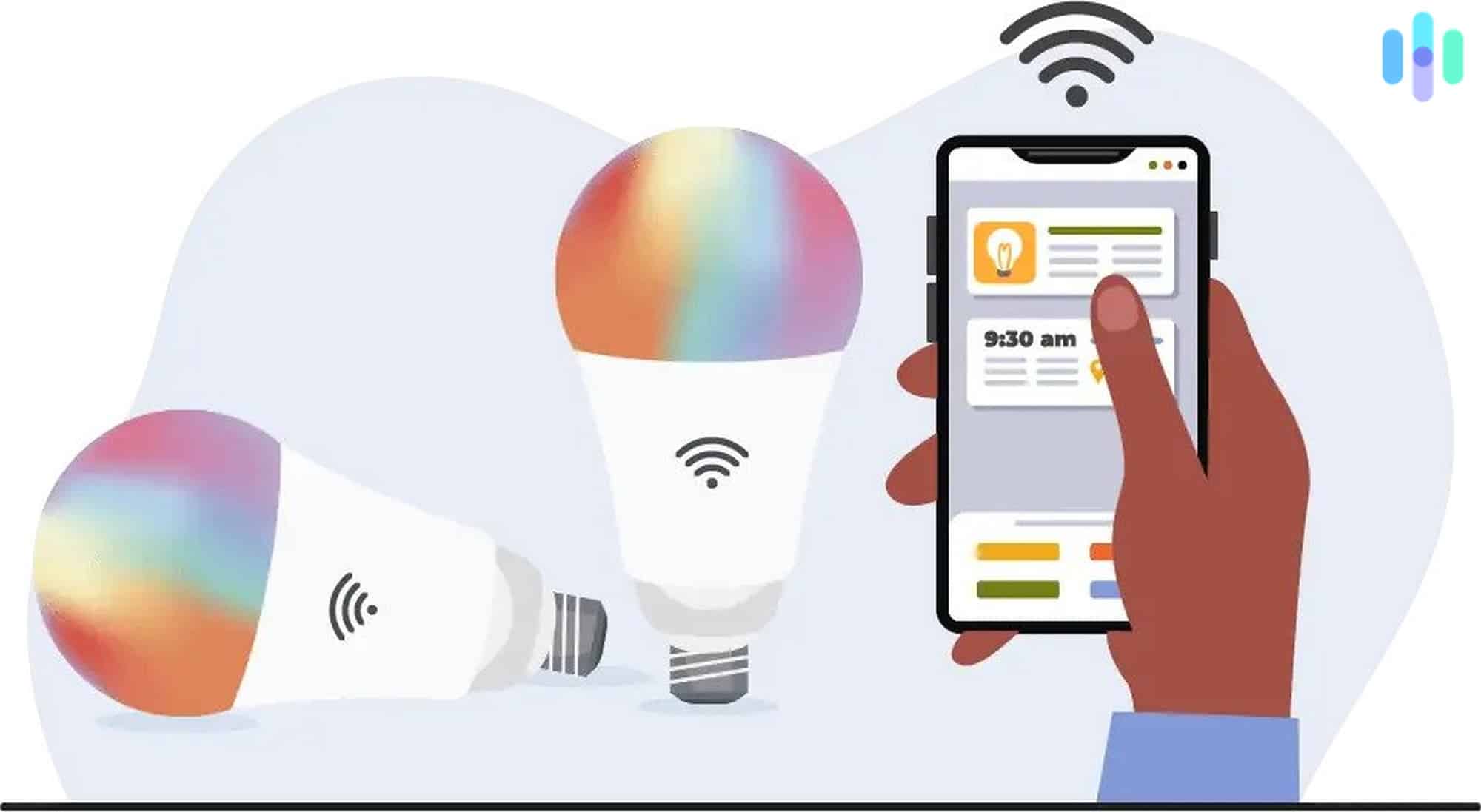 How Much Are Smart Lights?

The cost of smart lights varies based on a number of factors, such as these:

On average, smart lights cost around $42 each. But within that average is a huge range, from just $2.24 for the Cree 60W Bulb up to $90.35 for the highly sought-after Philips Hue Decorative Candle.

While there are certainly smart lighting options that aren’t affordable for most people, there are also affordable options like the Wyze Bulb, which costs only $7.99 for a single bulb or $29.99 for a four-pack, bringing the individual cost down to just $7.50. Many smart lighting companies offer discounts for buying bulbs in bunches, so if you’re planning on buying some smart lighting, it’s best to do it all in one fell swoop.

Note: Even though smart LED bulbs cost more than incandescent bulbs initially, they can save you money over the long term, as they use less energy and last longer.

What Is a Smart Bulb?

A smart bulb is an LED bulb that’s somehow connected to the internet, typically over Wi-Fi or Bluetooth. Like any internet-connected device, smart bulbs can be controlled remotely through mobile apps,1 making them an easy first step in creating a smart home.

How to Control Smart Lights

Mobile apps aren’t the only way that people can control their smart lights. 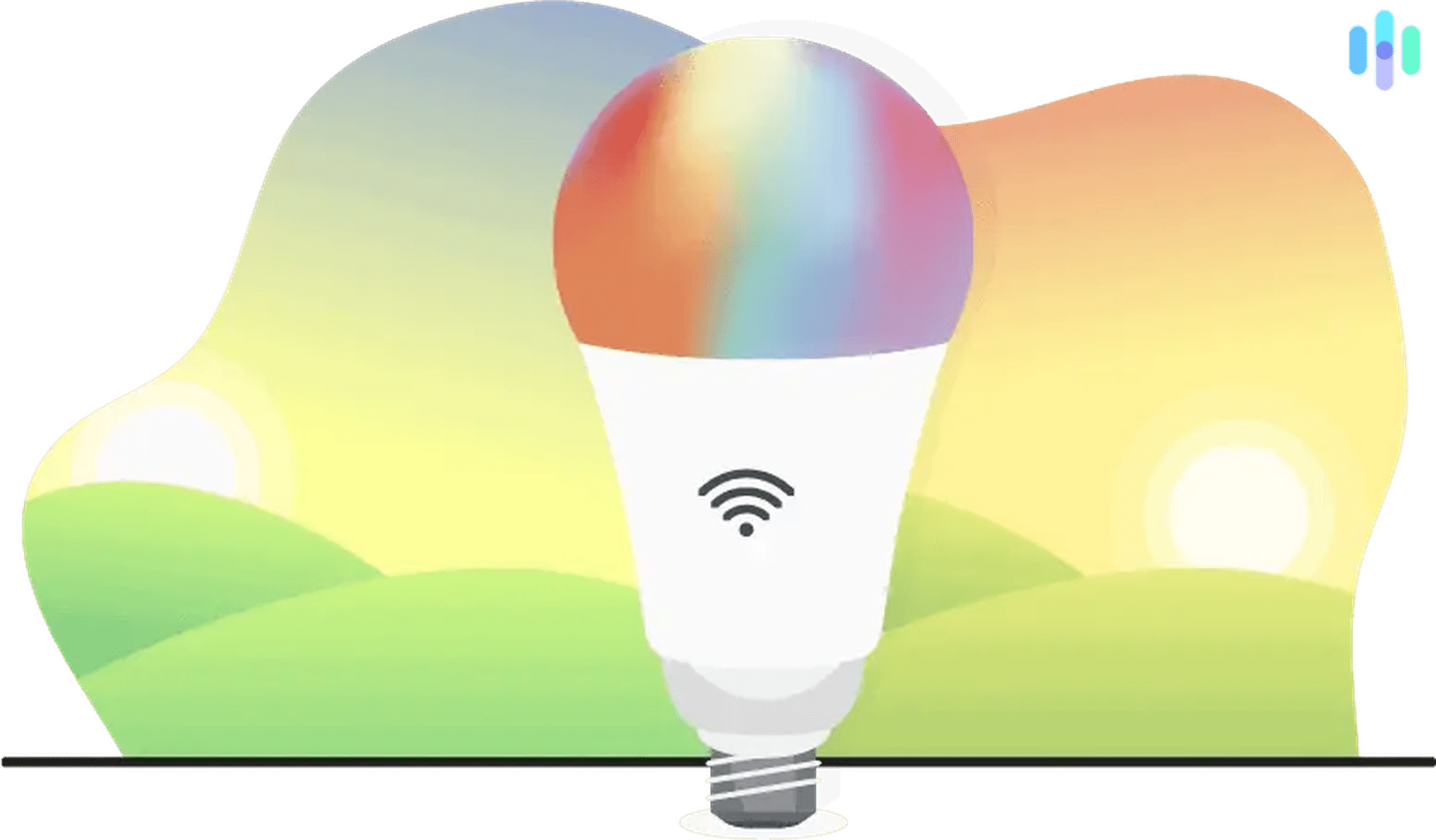 After testing dozens of smart lighting bulbs and lamps, we’ve evaluated them for their key features, which include the following:

The following features aren’t necessary or common, but we’ve found them in a few smart lighting options:

While some smart bulbs require separate bridges or hubs to connect to the internet, some simply require an internet connection and a mobile device. For example, the Kasa Smart TP-Link Bulb doesn’t need a hub, but the Sylvania Osram 65W Bulb needs a hub from Wink, Zigbee, or SmartThings.

Pro Tip: If you already have a smart home hub, look for smart lighting that works with it so you don’t have to buy a new one. Another option is to buy a bulb that doesn’t require a hub.

Do Smart Bulbs Use Power When They’re Off?

After seeing last month’s electricity bill, we were trying desperately to find ways to lower our energy usage. While we’ve heard that LED bulbs use less energy than incandescent bulbs, we also know that smart bulbs use electricity even when they’re in standby mode, or off. That’s because even when they’re not in use, they’re still connected to the internet, able to be turned on at any time. This type of device is called a vampire device, and the average U.S. home has 65 of them. Altogether, these vampire devices cost homes an average of $165 per year. However, the costs from Bluetooth-enabled smart light bulbs only accounted for $1.50 to $4 per bulb per year,2 which we consider negligible. Whew!

What Are Vampire Appliances?

No, we’re not talking about “Twilight.” Vampire appliances are appliances that use electricity even when they’re off, also called phantom loads or standby power. Smart lighting isn’t the only type of vampire appliance. These are also vampires:

Does Smart Lighting Save Money?

Even with standby mode taken into account, smart LED bulbs will save you money over incandescent bulbs simply because they use less energy. LED bulbs use 25 to 80 percent less energy than incandescent bulbs, lasting three to 25 times longer on average. In fact, bulbs certified by Energy Star can save you $75 a year, which could pay for the cost of the bulb itself.3 Energy-efficient and cost-efficient? Consider us sold.

We’ll admit it: The initial costs of smart lighting can be scary, especially when we’re paying over $60 for a single light bulb. However, after taking into account the decrease in energy usage, which could save us up to $75 a year (according to the U.S. Department of Energy), we’re convinced that smart lighting is actually cheaper over time. Its convenience doesn’t hurt, either!

Our YouTube channel features a few smart lighting reviews, and many of you have questions. Aside from answering your comments on YouTube, we’d like to address them here as well.