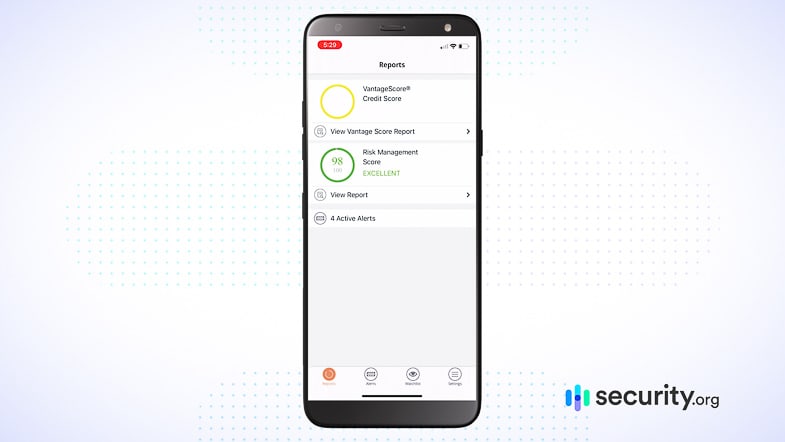 Our identity is one of the most important shreds of our being, but what happens when that identity is stolen? There are lots of possibilities, among them, financial losses, destroyed credit, and lots of mental stress. That’s why making sure our identity is protected is critical to having a happy and enjoyable life.

An identity protection service can be an important tool to prevent identity theft — or at the very least, detect it early before it causes damage. Identity Guard is an example of an identity protection service, and you could say that it’s one of the best there is. Today, we’ll tour you around Identity Guard’s pricing and help you decide which of its plans provide the best value for your money.

How Much Does Identity Guard Cost?

Choosing an Identity Guard plan is straightforward. You just have to pick between these three plans: Value, Total, and Ultra.

Each of the three plans caters to both individuals and families. Plans for individuals protect the identity of one adult, while family plans protect up to two adults and any number of children in the same household. The latter is a good value, especially since family plans cost less than twice the individual plans but protect way more identities. For the sake of this review, however, we went with an individual plan.

Did You Know: The latest 2021 Census data shows there are 46,000 non-family households in the U.S.1 To help protect the people you do life with, we highly recommend talking to your roommates to save on identity protection! Make it like electricity or Wi-Fi, just another bill you’re splitting.

Once we decided to go forward as individuals, we had to decide which level of coverage we wanted. Since there’s no free trial, we were hesitant about spending too much, but the plans are all reasonably priced.

The Value plan lives up to its name and is a great value—just $8.99 for an individual and $14.99 for a family on a monthly basis. For one person, that’s the cost of less than two fancy Brooklyn coffees per month. We figured that we can brew a pot at home once or twice a month in order to protect the most important digital information of our lives.

The Value plan provides even better value to families, as you can divide the cost among family members living with you. One subscription, which costs $14.99 per month, protects the identity of two adults and all of their minor children. Even if it’s just you and your spouse, getting the Value family plan still makes more financial sense than buying two individual plans.

The plans increase from there, but there are a lot of core services that Identity Guard offers across all three levels:

FYI: In 2021, phishing attacks are on pace to rise 47 percent compared to 2020, and most phishing takes place in the United States.2 You always think you’re too smart to be susceptible…until you aren’t. Apps and tools like Identity Guard’s browser extension will protect you even when you’re being too confident.

It is comforting to know that all those protections and features are available even with the value plan, but one important feature is missing: Credit monitoring. If you want Identity Guard to monitor your credit scores and reports as well as credit lines, you’ll need to upgrade to either the Total or Ultra plan. The former includes monthly credit score updates from one credit bureau, while the latter includes three-bureau credit scores monthly and a yearly credit report.

The credit score updates themselves are less important to us—we rent our apartments and don’t plan on going to graduate school anytime soon, or ever—so the monthly one-bureau updates were plenty. That’s right folks, we played it right down the middle with a Total plan.

But you should know some of the monitoring we missed out on that’s available with Ultra: social media insights, bank accounts, credit and debit cards, 401(k), address changes, and more. To learn more, read our full review of Identity Guard.

Can We Do A Free Trial of Identity Guard First?

Much to our dismay, Identity Guard doesn’t do free trials. If you want to try it, you have to pay for it. That being said, you can always use the monthly plans to test out a service. The Value plan starts at just $9 per month. You can sign up just to get a feel of how the service works and see how the app looks.

Another thing is, there are deals here and there on Identity Guard. Once, we saw a 20-percent off deal for the first month. You can use deals like those to offset the cost of trying out the service. It’s not a free trial, but it’s not nothing.

Other theft protection services do offer free trials, like IdentityForce and IDShield, but you might find they don’t offer the same level of service as Identity Guard.

Once we got over the fact that we’d be paying from the get-go, we logged into Identity Guard and began to explore what all the fuss was all about. It turned out we liked Identity Guard enough to name it one of the best ID theft protection services overall. Its top features?

We could cancel online literally just by logging into our account and going to the settings page. However, if we had been feeling up to a little human interaction (a rarity for us, personally), we could call the Customer Care Center at 1-855-443-7748.

We signed up for a month-to-month subscription because we like to live on the edge and are testing out the latest identity theft protection on the block constantly, but if we’d signed up for an annual subscription, we also could have canceled within 30 days of purchase and gotten our money back.

Overall, we’re fans of Identity Guard’s comprehensive features and affordable pricing, especially on the lower-tier Value and Total plans. Also, we really appreciated how easy it was to reach a human through a specific case manager or customer service. While it still annoys us that it doesn’t have a free trial, this certainly isn’t a dealbreaker, and we think Identity Guard is worth it overall.

Here’s how it works: you have questions, and we have the answers. Below are some of the most frequently asked questions that we get regarding Identity Guard: