See if NortonLifeLock’s all-in-one digital security suite is worth your time and money. 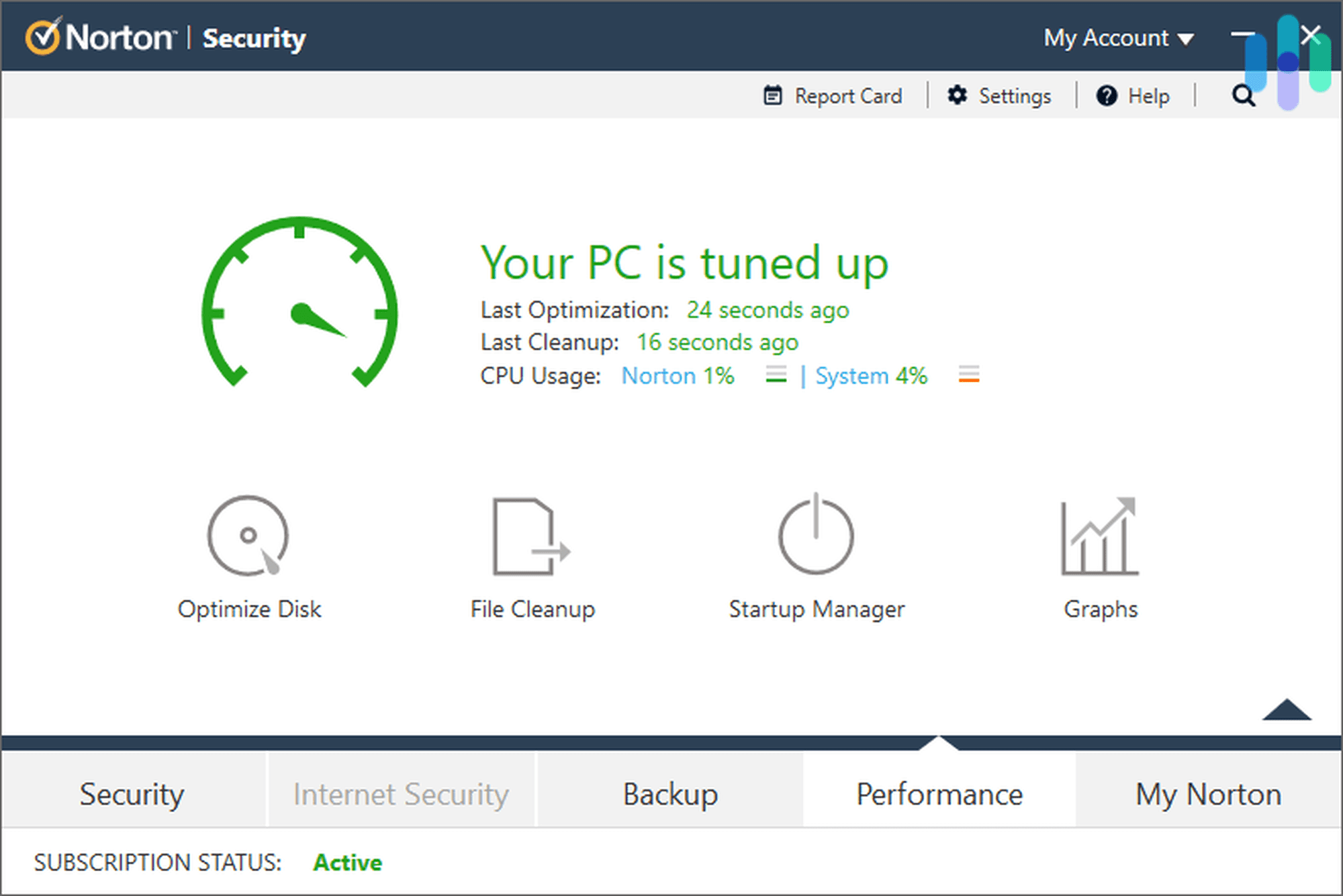 The Norton brand has become synonymous with digital security. Being one of the longest-standing antivirus brands — it started making antivirus software in 1991 — Norton has a diverse offering of software focused on security and data protection. That diverse product line is headlined by Norton 360. In this review, we’ll walk you through everything you should know about Norton 360, from features to cost to customer service to value. Ready to get started? Let’s begin with an overview.

A Brief Overview of Norton 360

After discontinuing it in 2014, NortonLifeLock revived the Norton 360 suite in 2019. Its main purpose remained the same: to provide all-around digital security (thus the 360 in the name). Aside from malware protection, Norton 360 plans offer cloud backup as ransomware protection, password management tools, and virtual private networks (VPNs). You can also bundle Norton 360 with identity theft monitoring through LifeLock.

FYI: Read our in-depth LifeLock review for information on how to safeguard your identity.

Comparing Norton 360 plans is always a good place to start. Note that there are two Norton 360 plans: Deluxe and Premium. The two plans are similar in many key areas, but Norton 360 Premium offers slightly more and better protections. The chart below shows what you’ll get with each plan.

With each subscription covering up to five devices, it’s a good fit for individuals who want all-around digital security. The 50 GB cloud backup provides plenty of space for important files, while features like online threat protection, smart firewall, Privacy Monitor, and Secure VPN offer extra protection for your data, personal or otherwise.

Of course, the highlight feature of Norton 360 Deluxe is malware protection. Norton 360 provides protection against all types of malware with the assistance of advanced artificial intelligence (AI). The AI is capable of detecting new threats, whether or not they’re already cataloged in NortonLifeLock’s malware database.

Bottom Line: Norton Deluxe is best for individuals who want to protect their privacy and electronic devices from threats of malware, spying, ransomware, and identity fraud.

With that kind of coverage, Norton 360 Premium is better suited for families. According to one study, the average American household has 11 connected devices. Of those, seven are devices with screens, including smartphones and computers.1 With Norton 360 Premium’s 10-device protection, it’s capable of securing the digital aspects of an entire family, with room for more devices to spare.

Norton 360 Premium also offers a couple of useful features for parents, which is why, again, it’s ideal for families. The first feature is parental controls, which enables parents to control what their kids do and see online. The second feature is School Time, which, in light of the recent switch to online schooling by many, lets parents limit what their kids can do on their devices during school time.

Bottom Line: Norton 360 Premium provides all-around digital security for households with up to 10 devices. Added features, such as parental controls, make it a useful service for parents, in particular.

A Closer Look at Norton 360 Features

Since we wanted to see Norton 360’s overall potential, we purchased a Norton 360 Premium subscription and tested it on our laptops and mobile devices. Below is a breakdown of Norton 360’s most important features and how they fared during testing.

The very first thing we did after downloading Norton 360 onto our Windows computer was run a scan. It provided us with several scanning options.

Once your scan is complete, Norton 360 provides you with a summary that contains useful information, such as the total number of files it scanned, whether there were files that were skipped, and if there are threats. Right there, you can choose which action to take.

Antivirus software relying on scans alone to detect threats has become a thing of the past. Now, this software offers real-time protection to prevent malware from entering our computers in the first place. Norton 360 did this several times when we tried to download malware test files — basically, harmless files that emulate traits of malware. Although we were able to download them, Norton 360 scanned them immediately, flagged them as threats, and removed them.

Norton 360 didn’t just scan downloads; it also scanned files we were copying from external drives, peer-to-peer file transfers, and new files we created. One time, we created a .txt file containing a string of code we copied from a malware test file, and upon hitting Save, Norton 360 immediately blocked it. Very nice.

One of the things that sets Norton 360 apart from the competition is its utilization of AI to help detect and mitigate threats. Norton 360 uses several AI capabilities, each with a unique purpose.

FYI: These AI features don’t show up in the Norton 360 app, but they are continuously running in the background. Norton 360’s effectiveness in providing real-time protection tells us that its AI features work.

Another layer of protection that Norton 360 provides is the Smart Firewall. The firewall operates on the network level. It analyzes incoming and outgoing traffic and decides what to let through. If it sounds similar to the IPS feature, that’s because the firewall and IPS work side by side, although they have different purposes.

NortonLifeLock likens the two features to airport security. The firewall acts as the gatekeeper, checking everyone for tickets and identifications and allowing only those with permission to pass through. In the same manner, the firewall allows only permitted traffic as defined by you to pass through. IPS, on the other hand, is the equivalent of baggage checkers that use X-ray machines to check baggage contents. Sneakier malware that manages to evade the firewall will have to go through IPS’s scrutiny, which will most likely stop it in its tracks.

After thoroughly testing its features, we then tested Norton 360’s performance. As mentioned, we used malware test files. But before we share the results with you, let’s learn a little more about the test files we used and what they tell us.

EICAR, which stands for the European Institute for Computer Antivirus Research, is an organization that developed a standardized file used for testing antivirus software.2 The file itself is harmless and a legitimate program; in fact, if you do run it, it simply prints the message “EICAR-STANDARD-ANTIVIRUS-TEST-FILE!” Even so, because it’s a standardized test file for antiviruses, most antivirus products react to it the way they do with real malware.

Now, the purpose of this test isn’t to determine how many malware antivirus programs it can detect; digital threats are always evolving, and a single file can’t tell us how well antivirus software adapts. Rather, it tests how deep an antivirus program looks to detect malware.

There are four downloadable files in total:

Of the four files, Norton 360 flagged down three — files number one, two, and four. We had to do a manual custom scan on the third file for Norton 360 to notice it as a risky file. Still, three out of four is a great score.

Aside from testing Norton 360 as a product, we also reviewed NortonLifeLock as a company, particularly its customer service. We were pleased with what we found.

First, NortonLifeLock has an online help center that covers a wide range of topics, from billing and subscriptions to features and troubleshooting. There, we found answers to most of the questions we had when we started testing Norton 360. Second, NortonLifeLock has an active community forum where customers can interact and help each other resolve issues. The forum is particularly helpful if you’re facing issues specific to your device or operating system, as there’s a good chance that similar issues have already been posted there before. And third, NortonLifeLock’s customer support is easy to reach whenever and wherever you are. It has phone and live chat support, both of which are available 24/7.

Even though features, performance, and customer service always come first, in our opinion, we know that price is always a huge deciding factor. So let’s review NortonLifeLock’s pricing for Norton 360.

Norton 360’s pricing is simple. The first year price is how much you’ll pay when you buy a subscription for the first time. Unless you cancel before your subscription expires, Norton 360 will automatically renew for another year. However, the renewal prices are higher than the first-year prices, as they no longer include introductory pricing discounts.

We think Norton 360’s pricing is competitive. Remember, a subscription includes not just malware protection, but a VPN, a password manager, and basic identity monitoring as well. These extra services could easily cost you more than $10 a month. Even with the more expensive Norton 360 Premium, the monthly cost of the renewal is just $10.50, so it’s definitely affordable. Furthermore, with the heavily discounted first-year prices, you can get all-around digital security for as low as $4.16 a month. There are VPN-only subscriptions that cost more than that, so definitely consider Norton 360 if you want an affordable but comprehensive device protection.

Is Norton 360 Worth the Money?

Overall, Norton 360 is a great malware protection and digital security service. It’s from a tested and trusted brand that offers high-quality digital products, it’s top-of-the-line software considering that it uses AI to detect and prevent threats, and it’s affordable. We would recommend Norton 360 to most people. However, if you want to find out if it’s the right malware protection service for you, here are our final thoughts.

Norton 360 does great in

However, watch out for these downsides

In the end, what matters most is that you get a malware protection service that works and that is continuously improving. Based on our experience, that’s exactly what Norton 360 is. But it’s not the only antivirus software that has those traits. We’ve compiled a list of the best antivirus software, and if you’re looking for other options, we recommend that you take a look at that list.

Before we end this review, let's answer some FAQs.