As businesses collect more data on consumers than ever, high-profile data breaches have become common. A single data breach can expose hundreds of millions of records, cost millions of dollars and drag on for years. Both businesses and consumers both continue to increase spending on data security or the protection of digital information. Cybercriminals then change and update their tactics to thwart new security measures.

A patchwork of various state data protection laws and industry standards attempts to protect consumers and hold businesses accountable for the data they collect, but the majority of people worry about the security of their data online. Cybercrime is the fastest-growing type of crime around the world and shows no signs of slowing down as it continues to be highly lucrative for the perpetrators - cybercrime is estimated to cost the world an annual $10.5 trillion by 20251. And unfortunately, the coronavirus pandemic has exacerbated the amount of cybercrime that has happened. According to our article on COVID-19 cybercrimes, the Federal Trade Commission (FTC) saw a large spike in reported scams during 2020, peaking in May with 1,479 reports on a single day. 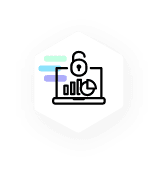 What Precautions Do Businesses and People Take?

How Much Money Do Data Breaches Cost Individuals and Organizations?