Amazon adds another Prime-exclusive sale event, the Prime Day Early Access Sale on October 11 and 12 (happening now!), to give Prime members early access to holiday deals. Before we get to the deals, here’s what you can enjoy with Ring: 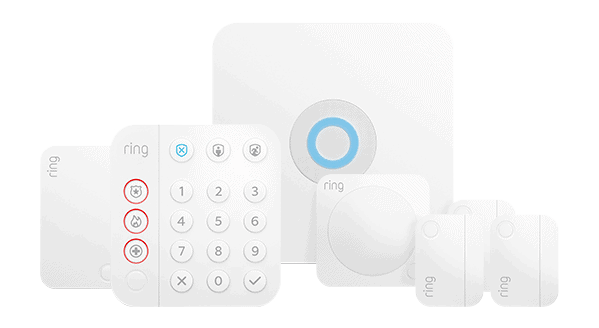 Ring Alarm is already one of the more affordable smart home security systems on the market, but the Prime Day Early Access Sale gives us a unique opportunity to bring its price down further.

Just like the mid-year Prime Day sale we’ve come to love so much over the years, the Prime Day Early Access Sale is a two-day event (October 11 and 12) with deals and discounts exclusively for Prime members.

As always, Ring is one of the stars of the show, with the Ring Alarm representing the brand’s whole-home security system offerings.

We see a lot of Ring Alarm deals all year round, but Prime Day deals are always some of the best. These are the best Ring Alarm deals right now, centered around the five-, eight-, and 14-piece security kits as well as bundles that include products from both Ring and Amazon.

We monitored Ring Alarm closely during the previous Prime Day, held between July 12 and 13. In the weeks leading up to the event, though, discounts on the system have come and gone. In the first week of July, for example, we saw massive early Prime Day discounts up to $130. And even though Ring Alarm slowed down in dropping deals as July 12 approached, it picked up its pace once the event started.

These deals were for security system kits only. Ring offers the Ring Alarm system in five-piece, eight-piece, 10-piece, and 14-piece kits, while the Ring Alarm Pro system is available in kits with eight, 13, or 14 devices. These were the kits that went on sale.

Bundles provide yet another way to save, and we saw discounted bundles that paired the Ring Alarm with Ring doorbells and cameras as well as Amazon smart speakers and displays.

Notably, we saw a lot of deals involving the Ring Alarm Pro in its Prime Day debut. Ring Alarm Pro is a new system from Ring, which launched a few months after Prime Day 2021.1 It actually uses the same components as the second generation Ring Alarm we reviewed, but it has an upgraded Ring Alarm Pro base station that doubles as an eero 6 Wi-Fi router (thus the eero Wi-Fi 6 extenders included in some bundles). Having router capabilities means it could replace your router, reducing the clutter of devices in your home. It also has unique features, such as a 3 GB per month backup cellular data, which could keep you online during internet outages.

Aside from Ring Alarm deals, we also suggest you take advantage of Ring security camera Prime Day October deals and Ring doorbell Prime Day Early Access Sale deals. Ring Alarm works quite well on its own, but it’s even better when paired with Ring cameras and video doorbells.

Pro Tip: Prime Day isn’t the last big sale event of the year. If a whole-home Ring system is a little out of your budget right now, you can wait for Ring security camera Black Friday deals and Ring doorbell Black Friday deals. Black Friday will kick off on November 25.2

How much does Ring Alarm cost normally? Well, that depends on whether you’re buying a Ring Alarm kit or a Ring Alarm Pro kit. The latter costs about $100 more than the former, but it’s worth it considering that it doubles as a Wi-Fi router, it includes 3 GB of backup cellular data when paired with a professional monitoring plan, and that it enables local storage for Ring cameras. If you’ve used Ring cameras and doorbells before, you know that one of their weaknesses is that they don’t have local video storage. The Ring Alarm Pro solves that.

Here’s how much a Ring Alarm Pro kit normally costs.

Now, if you prefer the more affordable Ring Alarm kits, here’s who much they will cost you.

Aside from equipment, you’ll need a Ring Protect plan to complete the “ring of security” around your home. The monitoring plan is optional, but without it, Ring can only notify you of alarm events. Even though Ring is one of the best security systems without monthly fees, we recommend getting a Protect Pro subscription to enjoy 24/7 professional monitoring and additional security benefits.

FYI: Ring Protect Plus and Pro subscriptions both include cloud storage for an unlimited number of Ring cameras. That feature alone makes the Ring plans worth it.

There are four Ring plans currently available. There’s the free plan, Basic, Plus, and Pro. Pro is the only plan that works with Ring Alarm and Ring Alarm Pro. The others are for Ring camera and video doorbell cloud storage. That being said, Ring Protect Pro’s features will depend on whether you have a Ring Alarm or Ring Alarm Pro. The monthly fee, however, is the same.

As you can see, you’ll get better value out of your $20 monthly fee with a Ring Alarm Pro system, which is why we recommend it over the Ring Alarm if your budget allows.

Prime Day is always a good opportunity to enjoy discounts, and with two Prime Days this year, we should all take full advantage. If you’re not settled on Ring Alarm as your security system, however, check out more Prime Day Early Access Sale deals for SimpliSafe, another affordable DIY security system. While you’re at it, put the two head-to-head in our Ring Alarm vs. SimpliSafe comparison.

With so many great options, you’re bound to get an affordable security system that works for your home. Now go enjoy that free one-day shipping.