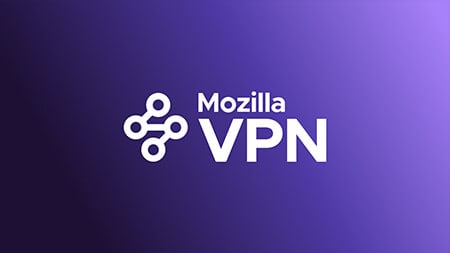 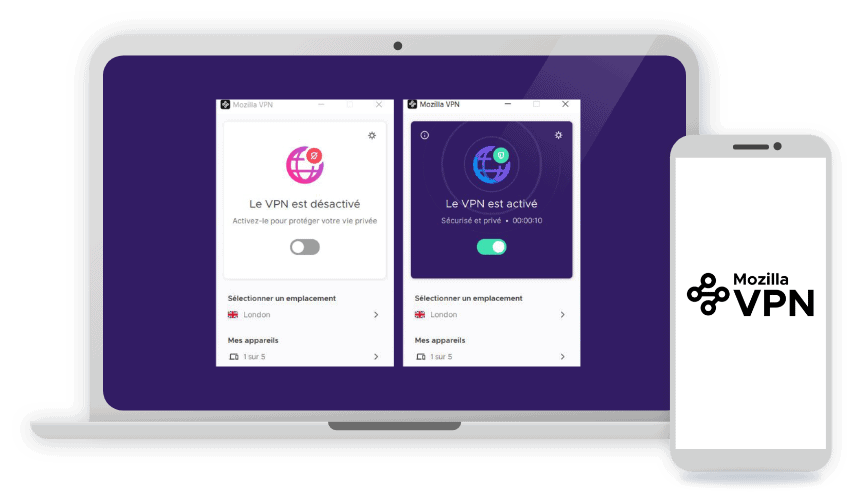 Mozilla is more than just a browser. They’ve come out with a bunch of other products to up our digital security, and here, we’re checking out their VPN, aptly named Mozilla VPN. It’s a very new product just launched in July 2020, so we’re curious to see the pricing behind the VPN. For a product that’s only been out for about 60 days, is it worth its prices, and what are its prices in the first place? We’ve got it covered.

Why It’s Worth It

Before we throw the price at you, we want to tell you what we liked about the VPN itself, and why we think it’s a good investment.

If you want to dive more into our experience testing out the VPN, read our Mozilla VPN review.

Tip: Using an Android device? Turn on your kill switch manually so that if the VPN fails for any reason, Firefox will quit so your activity stays secret.

Mozilla made pricing really simple for us; they only had one subscription option, coverage of up to five devices for only $4.99 a month. This is a bargain compared to competitors; while it’s not free like the best free VPNs we’ve tested, it’s a fraction of the cost of better-known options like ExpressVPN, which goes up to around $15 a month (to learn more, read our ExpressVPN pricing page). While we wish Mozilla gave us discounts if we signed up for longer time periods, we can’t complain at spending about $5 a month for five devices, about a dollar per device per month.

Aside from their VPN and the popular web browser Firefox, which the typical user works on for around five hours per day,1 Mozilla offers three free services: Firefox Lockwise, a password manager that’s completely free, Pocket, an app where you can save web articles, videos, and the like for free or for a paid premium service, and Firefox Monitor, another free service that scans data breaches for your credentials. Note that we couldn’t buy these products in a bundle; rather, they were all available separately, for separate prices (or not, for the free services). Let’s take a closer look at each.

Anyone who uses Firefox desktop has probably already taken advantage of the browser’s built-in password manager, but what about when you’re using Firefox on your phone or tablet? For these instances, Firefox Lockwise lets you take these stored credentials and apply them to any iOS or Android device with some simple apps. Instead of typing in each password every time you log onto accounts, you can use Face or Touch ID to gain access. Your data will be encrypted using AES-256, the current industry standard, so you never have to worry about unauthorized access. Again, this service is completely free of charge and there is no paid option available.

Have you ever spotted an online article that looks interesting, but you don’t have time to read it at the moment? Meet Pocket, a digital, well, pocket where you can store all those things you wanted to read and view at a later time. Unlike Lockwise, Pocket does have a paid option with Pocket Premium.

With Pocket Premium, you can save things forever as well as add suggested tags, search the entire text, highlight to your heart’s content and enjoy some premium fonts. The cost is either $4.99 a month, like the VPN, or if you sign up for a year, $3.75 a month; the total amount billed is $44.99, saving you $14.89 over the monthly plan. If you’re a voracious reader or TV-watcher, Pocket is for you either on a free or paid level.

Turn on the news and you’re bound to see a story about a security breach; everything from Facebook to the Democratic National Committee has been targeted, so it’s important to keep your credentials safe from would-be identity thieves. Data breaches are so common, in fact, that as of 2017, 64 percent of Americans have experienced one personally.2 Well, here at Security.org, we think that the best defense is a good offense, and Firefox Monitor is just that. Simply by entering our email addresses, we checked for breaches with our credentials in less than a second; we also could have signed up for email alerts if our credentials were found on an ongoing basis. This service is free and an excellent way to protect against identity theft. Did we mention it’s free?

Did You Know: Adults aren’t the only ones who can have their identities stolen. According to our study on child identity theft, 14 percent of parents said their children’s identities had been stolen. While Firefox Monitor is a good start, your best bet is to pay for identity theft protection for families.

Getting back to the original topic at hand, no, you won’t be able to try out Mozilla VPN for free. However, they do have a 30-day money-back guarantee, so if you cancel within 30 days of the day you signed up for Mozilla VPN, you’ll get your payment method refunded. Sure, it’s not technically a free trial, but you could end up paying nothing for Mozilla VPN if you time it right.

Since Mozilla VPN is so new, it only works on a few different types of devices, as of writing:

This is pretty minimal, so we’re looking forward to Mozilla VPN adding on compatibility for Mac and Linux soon.

Another limitation of Mozilla VPN is that it’s only available for users located in a few countries, including:

Since we’re based in the United States, this was all well and good, but we look forward to Mozilla VPN being available in more countries. After all, we’ve got friends all over the world, and they need data privacy, as well!

Mozilla: Behind the Curtain

We’ve all heard of Mozilla, as their browser Firefox is one of the most popular browsers of all time, but how much do you really know about the company itself? The first thing you should know is that Mozilla is based in Mountain View, California, the same area of Silicon Valley where Google is based. That’s not ideal for a VPN company, as it means that the U.S government could force them to hand over customer data. See, the U.S is a member of Five Eyes, Nine Eyes and 14 Eyes, global surveillance alliances that legalize this practice. So what data does the Mozilla VPN keep?

To find out, we scoured Mozilla’s privacy policy, and what we found was a bit less than pleasing. Without getting too deep into the weeds (we save that for our full review), we weren’t happy that Mozilla kept our IP address every time we connected as well as the timestamps of our connections and the servers we used. They also kept our device types, operating systems and hardware configurations. So while we were happy they didn’t log our actual web activity, this is clearly more information needed than the minimum to uphold our account, especially in regards to our private IP addresses. If you want to keep your devices’ IP addresses truly private then Mozilla VPN is not for you.

Some more uplifting news is that Mozilla doesn’t share this data with advertisers or marketers, only Mullvad, who actually provides the VPN service, and Stripe, which processed our payment information. So it’s up to you to decide if Mozilla VPN is worth its privacy policy, which, in our opinion, was definitely a bit subpar.

Here’s a little bit more about Mozilla in general. With a mission of providing a free and open Internet for everybody, Mozilla was founded in 2005, springing from the non-profit Mozilla Foundation that began a couple of years prior. While Google is its physical neighbor, the company isn’t such a big fish in a small pond; their revenue was only $450.9 million in 2018, and while that may sound like a large number, it’s a fraction of Google’s revenue the same year, which came in at 136.36 billion. So if supporting the little guy is your thing, Firefox may be a decent choice for your browser, VPN, password manager and the like.

Sure, the Mozilla VPN could use a bit of work, namely adding more locations, compatible devices, and split tunneling across all of the apps. We also aren’t thrilled with Mozilla’s privacy policy or U.S headquarters, but if you’re less concerned with privacy, then their VPN is definitely worth it. For only $4.99 a month, their prices are more than reasonable, and if you don’t like it, you can get a full refund within 30 days, making the risk virtually zero.