One subscription from IVPN gets you unlimited server switches on an unlimited amount of devices. 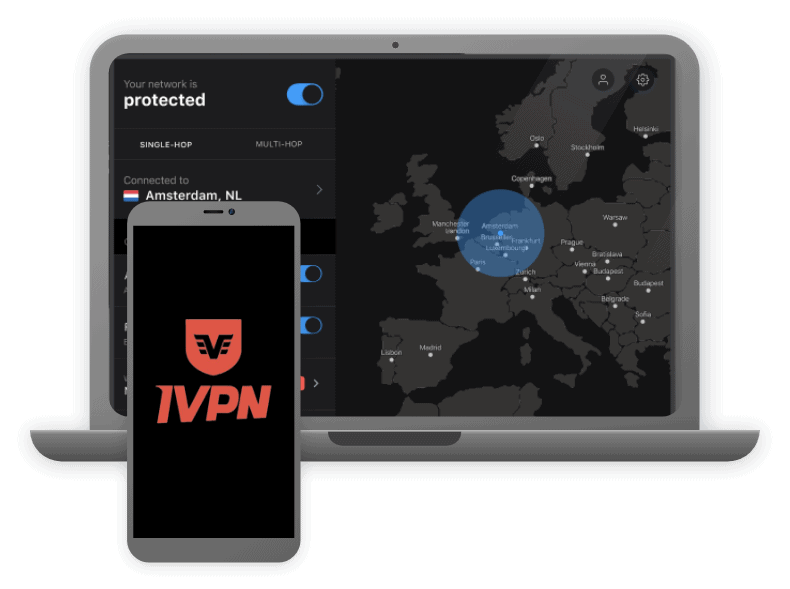 While most VPNs encrypt our web traffic just once, IVPN did it multiple times, making our activity more hidden than ever. Plus, they didn't store our activity once we were done, so our browsing was truly private even when on a public Wi-Fi network.
See Our Top 10 VPNs
Contents: About Features Video Review Testing Subscriptions Customer Support App Recap
See Our Top 10 VPNs

Looking for an established, trustworthy VPN? Today I’m reviewing IVPN, a company that was founded in 2009 by security professionals at the University of London.

I’ll be looking at IVPN’s company background, of course, then I’ll take a look at the VPN itself in terms of features. I’ll be putting it through some speed and security tests, then I’ll get into IVPN’s customer support, app, and subscription options. Let’s get started.

Our extensive testing on VPNs found IVPN to come up a little short in some areas. Being headquartered in the UK means that technically they can legally monitor your online activity. Also, we found Netflix to block many of their IP addresses, so steaming may be a little challenging if you want to use IVPN for that. See our top three VPN providers that scored the highest that we recommend.

IVPN is based in Gibraltar, a territory of the United Kingdom. Now, Gibraltar itself is not a member of any international surveillance alliances like Five Eyes, Nine Eyes, or 14 Eyes, however, under certain circumstances, the U.K can monitor their online activities. Of course, being part of the E.U, Gibraltar is protected under the General Data Protection Regulation, which is a good thing. Aside from that, VPNs are legal in Gibraltar, another positive note. As a company, IVPN has 100 servers in over 12 countries, making it one of the smaller networks that I’ve reviewed, but hey, if there’s a server near you, then it’s worth checking out.

Now I want to talk about what’s most important— the VPN itself, starting with the most important question you can ask about a VPN:

IVPN strives to keep the most minimal amount of user data, and in my opinion, they succeed. While they do keep the email address that you registered with along with some payment information, they will not keep your name, traffic, bandwidth, IP address, account activity, or anything about how you actually use your VPN. When you are finished with your IVPN subscription, all of your data will be deleted, including your email address, password, and payment info.

Does IVPN Have A Kill Switch?

IVPN does come with a kill switch, which means that if the VPN fails for whatever reason, all of your apps and browsers will immediately shut down, protecting your data.

What Kind of Tunneling does IVPN Offer?

If you want to access public and private networks simultaneously, you’re in luck: IVPN offers split tunneling, if you’re using an Android. Using the IVPN app, you can mark which apps you want to use on the VPN, and which ones can remain on the public network. It’s a great way to reduce bandwidth and keep your speeds fast. Unfortunately, only Android users have access to IVPN’s split tunneling, but the company claims it’s coming to other platforms’ apps soon.

Can I Use Netflix with IVPN?

Many people use VPNs not only to protect their privacy but also to access streaming services like Netflix and Hulu. I know I’m a huge fan of these services, so I was a bit disappointed to find out that Netflix probably won’t work with IVPN, but it’s not completely their fault. Netflix constantly updates its software to block all VPN connections, targeting large groups of IPv4 addresses at one time.

“Due to the exhaustion of the IPv4 space and strict registrar reporting requirements it is quickly becoming impossible to get around this block,”

reads the IVPN website. Thank you for your honesty, at least! 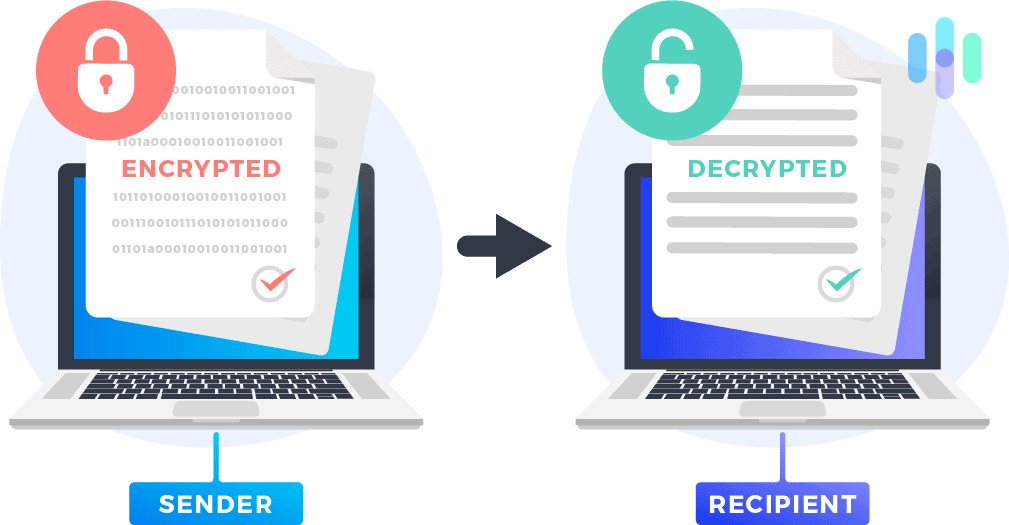 When you were a kid, did you ever make up a secret password? That’s what encryption is, basically. It changes data into inscrutable code so that only those with the right key can actually look at it. And just how does this work with IVPN? You’re about to find out.

The Advanced Encryption Standard is the algorithm that changes your data into this code. Measured in bits, 256 is the industry standard used today, so IVPN definitely hits the mark in this category.

Now let’s talk about how your encrypted data is actually transmitted across a network. Yes, that’s right, I’m going over IVPN’s protocols.

OpenVPN is the most commonly used protocol for VPNs, known as an ideal combo of security and speed. To avoid tampering from surveillance or intelligence agencies, OpenVPN is crowdsourced and constantly being tinkered with. It’s fast, secure, and can bypass most firewalls.

The Internet Key Exchange is what re-established your VPN connection after you’re disconnected from the Internet. If you’re someone that likes to switch between Wi-Fi and mobile hotspots (read: anyone who’s ever worked in a coffee shop), then this feature will be useful for you.

Now here’s for the fun part, actually testing out IVPN to see just how secure and fast it is. If you’ve read any of my other VPN review, you know that I have a need for speed so we’ll perform the speed tests first, then security.

Before I start, you should know that I test all of my VPNs from my apartment in Brooklyn on an Optimum network. To cover more of my readers, I test everything on both a Macbook Air as well as a Windows Vivobook. Got it? Good!

The first thing I always test is download speed. I was super-impressed that IVPN only slowed down the download speed on my Mac by a little over 6%. This was way better than on the Vivobook, where my download was slowed by over 50%.

After such a stark difference, I expected the Mac to have a better upload speed, as well. But as you can see, I couldn’t have been more wrong. While IVPN only slowed my Vivobook’s upload speed by about 6%, it slowed me down by over 20% on the Mac. Still, these are both pretty impressive speeds without too big of a difference.

The last thing I test speed-wise is latency, otherwise known as ping. Here, the Mac really dipped in performance, with 156% more latency with IVPN than without. Again, the Vivobook performed better with only a 45% increase in latency.

Overall, I’m really satisfied with IVPN’s speed, aside from latency on the Mac. Even with that, I would recommend IVPN to both Mac and Windows users if we’re talking speed alone. Now let’s move on and see if IVPN is as secure as they claim. 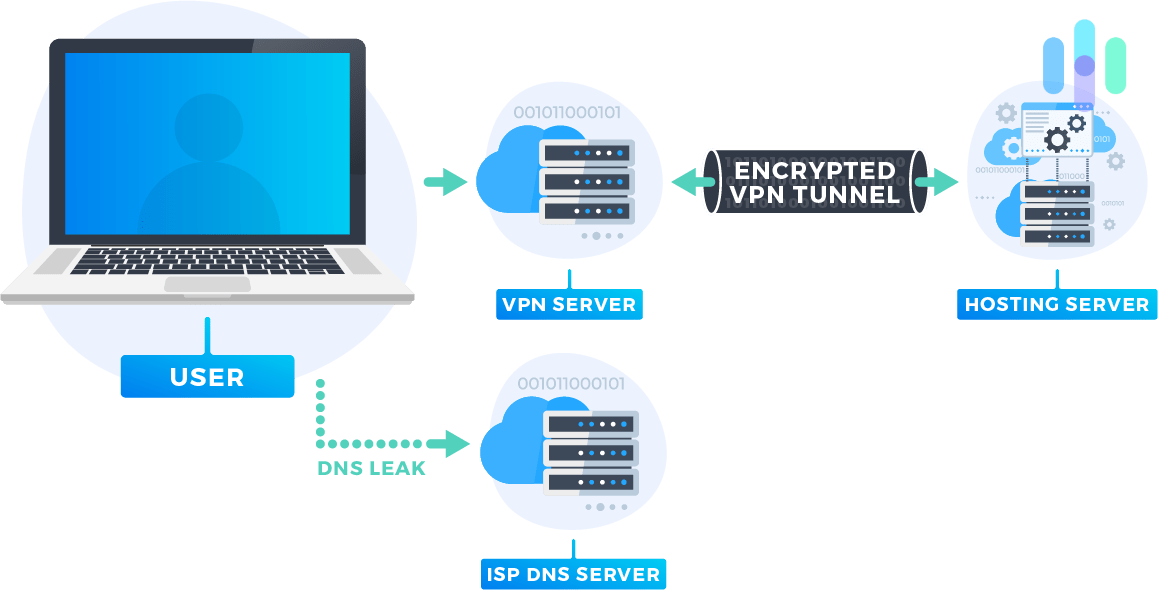 DNS stands for domain name server, and it’s the URL that you type in to get to a website, like Security.org. Of course, each DNS stands for an IP address that actually tells your computer where to go, so I want to make sure that my IP addresses remain encrypted in IVPN’s tunnel. The verdict? No DNS leaks on both my Mac and my Windows computers!

The final thing I look out for is WebRTC leaks. Even if you haven’t heard of WebRTC before, you’ve probably used it. That’s because it’s the default of browsers such as Chrome, Opera, Firefox, and Microsoft Edge. WebRTC allows browsers to communicate directly with each other rather than going through an intermediate server, creating faster speeds for things like video chatting, livestreaming, and file sharing. The possible security issue stems from the fact that WebRTC requires knowing the other user’s private IP address. When I used IVPN on both of my computers, there were no WebRTC leaks detected, making me feel very secure.

I’m really pleased with how IVPN did on all of my tests, and believe me, this isn’t always the case. Now let me finally address the question that’s probably been on your mind the entire time: pricing.

After all those tests, I’m glad that IVPN’s subscription options are pretty straightforward.

One IVPN subscription will get you an unlimited amount of server switches and five simultaneous connections from an unlimited number of devices. Now, I’m not thrilled that the pricing begins at over $8, as I’ve seen some packages start at around $2 a month. Clearly, this isn’t the most affordable choice around, but it won’t break the bank, either.

IVPN will work on Windows, Apple, Android and Linux devices.

Use IVPN with any web browser, from Safari to Firefox to Chrome.

If you have a problem, who you gonna call? It’s not GhostBusters, unfortunately, but it is IVPN’s customer support. Let’s take a closer look.

You can either check out IVPN’s online help center, fill out an online form, or live chat a support agent.

Unfortunately, IVPN doesn’t have any customer reviews from Amazon, Google, or Trustpilot, but I will say that when I chatted with a support rep over chat, I received a quick and straightforward answer. So, take that with a grain of salt, but I think that IVPN has good customer support.

You’ll use the IVPN app on Windows, MacOS, iOS, Android, Linux, routers, and NAS. The app has great ratings, a four from the Apple store and a 4.2 from the Google Play store.

“Excellent app and service. Every feature works and is reliable. The reconnection is reliable, it’s fast and stable with hourly key renewal. I really can’t think of any service I’d rather use,”

I’m comparing IVPN to FastestVPN, a company based in the Cayman Islands. Aside from a prime vacation spot, the Cayman Islands are an ideal place for a VPN company to have its headquarters. Not only are they not part of any international surveillance alliances, but the Islands themselves have no mandatory data retention laws, so that’s an advantage over IVPN, based in a territory of the U.K. Both companies have around 100 servers, but FastestVPN has servers in over 22 countries, 10 more than IVPN. Neither company logs your history or data, but FastestVPN will keep your login attempts in addition to your account information, a bit more data than IVPN keeps. Both VPNs worked well on my Mac and Windows computers, but FastestVPN is significantly more affordable, with plans starting at only $0.83 a month! You can’t really beat that. I’d go with FastestVPN over IVPN, unless you’re really into split tunneling.

For more information, read our full review of FastestVPN.

Overall, I’m pretty happy with IVPN, but it’s not the right choice for everyone. So should you buy it, or not?

IVPN would be good for someone who likes…

But, if the following are dealbreakers, I’d steer clear…

Want to learn more? Check out the best VPNs of 2023 or contact us for any questions. Good luck on your VPN journey!

Still got questions about IVPN? We’re happy to answer them below.