What Does a VPN App Do?

VPNs Do More Than You Might Think They Do

VPNs are a necessity for anyone heading online these days, right up there with firewalls and antivirus software. Consequently, most of us have some familiarity with this tool; even so, not everyone knows just how many uses a VPN actually has. Below, we give you a crash course in what they do, how they work, and why, if you don’t have one, you definitely need one.

What Does a VPN App Do?

A VPN protects your privacy when you’re online. It hides your location, conceals your personal data, and ensures that no one knows what you’re doing. One way or another, we can all think of good uses for technology like that.

Wait, What Is a VPN?

If you check our guide to VPNs, you’ll discover that the letters stand for virtual private network. You’ll also learn that a VPN is an encrypted tunnel between your device and a network. Really, then, the secret is encryption. By encoding your IP address and all of your web traffic, a VPN hides everything you’re up to online in unreadable code so you can surf with complete anonymity.

What Exactly Do VPNs Hide?

Basically, the encrypted tunnel of a VPN hides two important categories of information:

Why Do You Need a VPN?

You may already have a sense of what a VPN app can do and how it can be useful. Let’s break VPN uses into four categories:

How Do VPNs Protect Against Identity Theft?

The whole point of a VPN is to encrypt your internet connection and hide your data and online behaviors within a secure tunnel. That protects your identity in several ways. The tunnel hides:

Why Do You Need a VPN on Your Mobile Devices?

Maybe it’s because a cellphone is portable, or maybe we use it more frequently so it just seems like too much trouble to worry about it. Whatever the reason, people don’t think as often about their security when they’re using cell phones. In fact, there are just as many reasons, if not more, to use a VPN on your mobile devices than to use one on your PC. 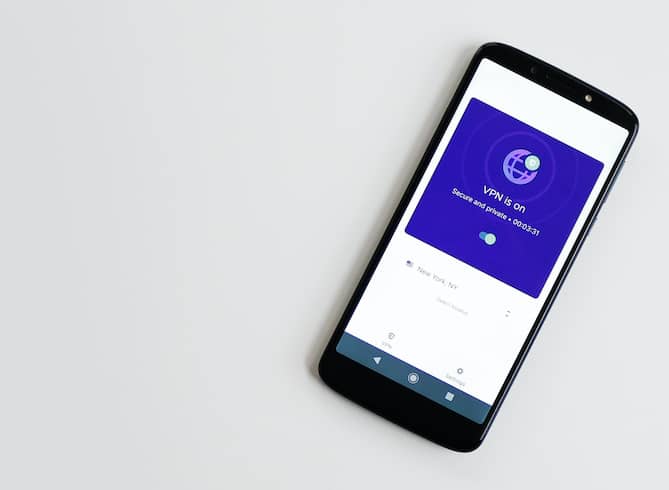 Do You Need a VPN on All Your Devices?

It’s a good idea to install and use your VPN on all your devices. After all, any device that connects to the internet is ultimately vulnerable to spying and hacking. Luckily, most reputable VPN services offer protection for multiple devices for one price. That makes it easy to protect yourself no matter which device you happen to be using at any given time.

What Types of VPNs Are There?

While most people use remote access VPNs, there are actually three different types of VPNs:

How Do You Set Up a VPN?

In most cases, the easiest way to set up a VPN is by downloading a program directly from the company’s website.

You can also manually set up a VPN. How you do so will vary depending on what kind of device you’re using.

To install a VPN on Macs:

To install a VPN on an Android:

To install a VPN on an iPhone:

To install a VPN on a router:

Tip: Installing a VPN on your router allows you to protect all of the devices on your network. It also helps you bypass VPN restrictions on how many devices you can use with a single subscription.

How Do You Set up OpenVPN?

Some users may prefer to install OpenVPN directly onto their device rather than use a VPN company. The following set of steps can take you through that process:7

From the beginning, the internet community has seen the world wide web as a private space and have fought to keep it free, accessible, and open. Many users see it as the last great haven of free speech, a place where anonymity should be guaranteed to those who seek it. Others point to its value as a site of political resistance in countries where free speech can be punished with jail or worse. Some even worry about U.S. government surveillance through the Five Eyes, Nine Eyes, and 14 Eyes organizations. For those who feel this way, a VPN offers important protection for freedom and liberty.

Why Do IP Addresses Matter?

An IP address is the one piece of information that absolutely identifies your device. When you are online, all your activity can be tracked by your IP address. Assuming you aren’t using a VPN, your home ISP or a public Wi-Fi provider has probably assigned that address. Who assigns it to you is less important than the fact that law enforcement can always trace it back to you and you alone. When you sign on to a VPN server, however, that server issues you a new address that is anonymous and untraceable.

How Do You Choose the Right VPN?

There are a number of important factors to consider when deciding which VPN is right for you:

Choosing the right VPN can involve a great deal of research. To save time, visit our guides, which include lists of the best Android VPNs, the best iPhone VPNs, the best Mac VPNs, and the best Windows VPNs.

FYI: A VPN company’s location can affect the privacy they offer. Companies located in Five Eyes, Nine Eyes, or 14 Eyes countries are subject to U.S. subpoenas, for example.

How Do Free VPNs Compare to Paid VPNs?

Free VPNs need to make money in one way or another. Depending on how legitimate they are or not, they may:

Even if you’re using the most reputable free VPN, though, you’ll likely find that it limits:

In short, before you use a free VPN, make sure you have researched the company thoroughly and understand its privacy policy. One easy way to do this is to check out our complete list of the best free VPNs.

When it comes to privacy, there are three elements of a VPN you should be concerned about:

How Does a VPN Work?

A VPN is an encrypted tunnel through which you connect to the internet. While your data is in the tunnel, your IP address and online activities should be completely hidden from others. Typically, you log on to your chosen VPN through an app or a client installed on your device.

Most VPNs maintain hundreds or even thousands of servers located in countries around the world. When you log on to the VPN, you connect to a particular server, and that server issues an IP address which masks your actual IP address. Everything you do in the VPN tunnel is attached to that anonymous address. Additionally, the VPN tunnel itself hides all of your activity beneath a layer of encryption protocols so that even if someone were able to see that activity, they’d be unable to decode it.

In the simplest terms, encryption means encoding information, and it’s a technique for concealing data that dates back hundreds of years. Simultaneous encryption, the foundation for most of today’s VPN encryption, actually dates back some 2,500 years to the Greeks’ Caesar cipher.9 Essentially, simultaneous encryption means a message is encoded using a key and only the sender and receiver possess the key to decode it. VPN encryption is built on this system, but it uses far more complex encoding methods than Caesar could have dreamed of, such as: 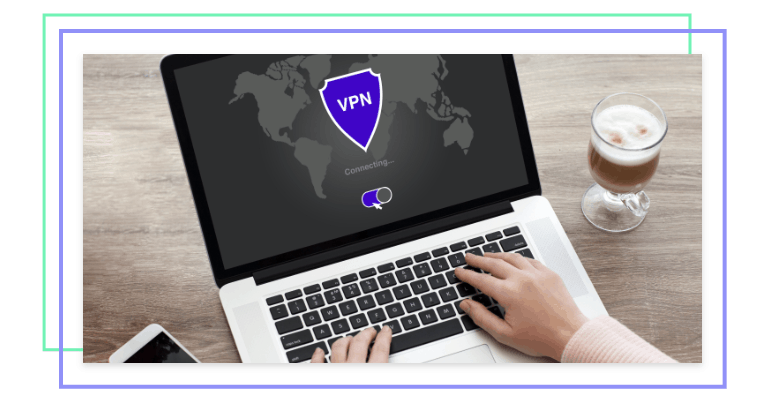 Internet protocols are the instructions a VPN follows for transmitting information across its network. There are a number of available protocols for a VPN to choose from, each with its own pros and cons.

Can I Be Tracked Online While Using a VPN?

The point of a VPN is to prevent you from being tracked while online. The very name virtual private network explains that your connection is meant to be private. In addition, a VPN is designed to encrypt both your IP address and your web activity within a secure tunnel. However, the VPN itself could, if it wanted to, see what you were doing. After all, it has access to all the tools it uses to encode your data. That said, reputable VPNs guarantee they don’t monitor or record your online activities.

VPNs are absolutely legal for use in the United States. That said, it is certainly possible to practice illegal behaviors while using a VPN. Downloading copyrighted material through a torrent, for example, is against the law, and while a VPN should protect your identity while you’re downloading the content, the activity remains illegal. In addition, there are a number of countries where VPNs are illegal, including:

What Are the Limitations of VPNs?

Not all VPNs are created equal, and each comes with its own positives and negatives. You might be able to log on to Disney+ on one VPN, for instance, and not on another. One VPN might offer multi-hop technology, while another VPN does not. In addition, some VPNs place limits on:

Will a VPN Slow Down My Connection?

Every VPN slows your internet connection to some extent. The process of encryption uses devices’ resources. Typically, when using a VPN, your device will slow down in three important areas: ping times, download times, and upload times. The best way to check your VPN’s speeds is to test these speeds when the VPN is running against the same times when it is not.

Are There Any Alternatives to Using a VPN?

While VPNs are the best known and most convenient way of hiding your online activity, they are not the only technology that can do this. Other options include:

A VPN app provides you with an encrypted tunnel through which to access the internet. This encryption hides your IP address and conceals your online activities, giving you complete anonymity as you surf the web. There are, of course, a number of solid VPN companies out there, each offering a unique set of features, from split tunneling to access to streaming libraries around the world. You can narrow down your choices, though, by checking out our complete list of the top VPNs. Once you’ve found one you can trust, a VPN offers an affordable way to make sure hackers and government agencies can’t spy on you.

Below, we’ve got even more answers to some of your most common questions about VPN apps.