You’ve heard of ExpressVPN, but how much does it cost? 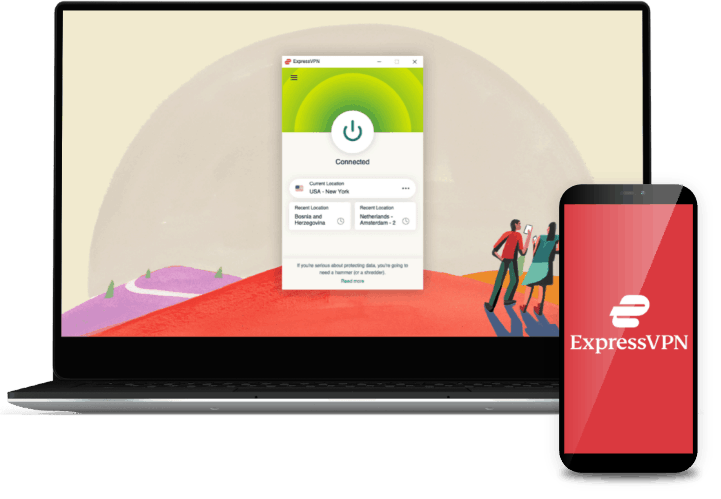 ExpressVPN started the year with an announcement that it has reached over four million active subscribers.

ExpressVPN, which has now over four million active subscribers, has proven itself to be a true leader in the VPN space. Not only does it deliver an easy-to-use VPN for everyday applications, it also provides highly sought-after features like lightning-fast speeds, impenetrable encryption, and top-notch IP address protection. Additionally, ExpressVPN is the first on the market to provide a VPN-ready router with easily-customizable connection and network settings.

That said, ExpressVPN is not really the cheapest VPN out there. We know that price bears a significant weight when deciding which VPN subscription to buy, so in this page, we’ll discuss ExpressVPN’s pricing and whether or not the features justify the cost. Let’s get right to it!

ExpressVPN and Its Place In The VPN Market

ExpressVPN brings a lot to the table in terms of speed and privacy. That said, not everyone is willing to spend $8 per month on a VPN when there are options that go as low as $2 per month. We’ve tested a number of affordable VPNs, and below are the top options if you’re on a budget. Also, you can compare ExpressVPN and Surfshark or ExpressVPN and Private Internet Access here.

That’s a little above average compared to other VPNs. Usually, when you buy a year-long subscription, the average monthly rate goes down to about $5 per month. With ExpressVPN, it remained at $8.32.

That said, ExpressVPN offers deals on occasion. For example, during Black Friday, Christmas, Independence Day, and other special days, ExpressVPN typically adds three months to the 12-month subscription for free. That brings down the average monthly rate to about $6.67. It’s still a little above average, but it’s much more budget-friendly.

Nonetheless, ExpressVPN makes a case for itself by offering strong security and privacy features, as we noted in our ExpressVPN review. So next, let’s take a look at how it compares to other VPNs, particularly NordVPN, which is another formidable VPN with a lower price range than ExpressVPN.

What A Subscription Includes

ExpressVPN’s subscriptions, although pricey, offer a lot of value. Each subscription gets you access to the VPN’s expansive network of over 2,000 servers in 160 different locations around the globe. That means wherever you go, you’re likely to get access to a server near you, which often translates to better speeds. On top of that, you can access ExpressVPN on up to five different devices at any given time.

Compared to its competitor, NordVPN (learn more in our NordVPN review), ExpressVPN’s reach is wider but not more in-depth. NordVPN has 5,246 servers in 62 countries. We’d recommend checking out the locations of the servers before signing up for either, as you’ll likely find the location more relevant than the total number of servers. First, determine which locations you’ll likely use — which Netflix library has the shows you like, for instance — then check if the VPN has servers in those locations. You could also read our comparison of NordVPN vs. ExpressVPN for more information.

You should also note that there are VPN subscriptions that allow an unlimited number of your devices to connect at the same time. We saw that when we reviewed Surfshark. That definitely helps if you’re running an office or business, or if you or your household simply likes having multiple devices running at the same time. Personally, we’re fine with ExpressVPN’s five-device limit, but if you need more connections, just know that there are other options.

A Breakdown Of Features

Often, we find that the features matter a lot when deciding a VPN’s value. These are the best features offered by ExpressVPN.

Features aside, ExpressVPN is one of our favorite VPNs because of how it treats its users’ security and privacy. For starters, it uses 256-bit AES encryption to encrypt internet traffic. You might know 256-bit AES as “military-grade encryption,” and that’s because it’s the same protocol used by the U.S. military. If you use ExpressVPN, you’re basically encrypting your traffic using the same method as the military.

Another reason why ExpressVPN is great? Lightway. Lightway is a VPN protocol developed by ExpressVPN itself. Compared to other VPN protocols, Lightway is lightweight, meaning it can run smoothly on mobile devices. On top of that, it’s agile in the sense that it can maintain a VPN connection when your signal drops or when you switch networks, keeping your VPN protection uninterrupted.

There’s also the fact that ExpressVPN is serious about keeping IP addresses hidden and safe from leaks. It has a browser extension, for example, that prevents WebRTC leaks by completely disabling your browser’s WebRTC feature. This ensures that your public IP address is always hidden when connected to ExpressVPN.

From a legal standpoint, ExpressVPN is protecting its users’ privacy simply by establishing its headquarters in the British Virgin Islands, a country outside the Five Eyes, Nine Eyes, and 14 Eyes surveillance networks. Essentially, that means the government can’t force ExpressVPN to turn over any of its customer data.

Finally, though, ExpressVPN also has a strict logging policy. It never records any data about our online activities. It doesn’t keep track of timestamps, IP addresses, or browsing histories, and it doesn’t sell our information to any third-party vendors.

Of course, a lot of VPN companies claim that they don’t log any data even though they actually do. So how do we know ExpressVPN is true to its word?

ExpressVPN Aircove: Is This VPN Hardware Worth It?

Aside from its apps, ExpressVPN now sells VPN hardware in the form of a Wi-Fi router. This router, called the Aircove, is a dual-band Wi-Fi 6 router (latest Wi-Fi technology) with built-in VPN features.

Some of its top features include:

The Aircove router costs $189.90 on Amazon, but in order to use its VPN features, you’ll need an ExpressVPN subscription too. The good news is, the router only takes up one device space out of your subscription’s five-device limit. You can connect as many devices as it can support, so in a way, it gives your household unlimited VPN access.

Another great thing about Aircove is that it’s easy to customize your VPN and network settings. Usually, if you connect a router to a VPN, you’ll need to go through a number of settings just to change your VPN server location. With Aircove, you can do so via an app, and you can even set up multiple locations for different connected devices. In our opinion, that makes Aircove a good buy as far as VPN routers go.

Can I Try ExpressVPN for Free?

Many VPN companies have free VPN options, albeit with limited data, speed, server options, or features. That can be especially useful when you’re trying to decide which VPN service is right for you. While ExpressVPN does offer free trials for some mobile devices, those trials are not a part of its typical subscription options.

However, with any of the subscriptions, we got a 30-day money-back guarantee. That meant that if at the end of the month we didn’t want to continue with ExpressVPN, we could’ve gotten our money back. Bottom line: no, ExpressVPN doesn’t offer a free trial in any regular sense (although make sure you check out our ExpressVPN deals page for seasonal discounts).

FYI: While ExpressVPN has no free option, if you aren’t satisfied with the service, you can get your money back if you cancel within 30 days.

ExpressVPN may not have a completely free subscription option, but it does offer its fair share of deals and discounts throughout the year.

Black Friday and Cyber Monday are the two biggest online shopping holidays. Last year, ExpressVPN’s Black Friday and Cyber Monday deal was that anyone who signed up for a year’s subscription got three additional months for free. That’s a pretty great deal; considering that ExpressVPN costs up to $12.95 a month, the three additional months could be worth almost $40. But here’s the good news: If you missed the Black Friday deal last year, you have a chance to get the same bargain right now.

There are other ways to get free months of the service as well. The company has a program that rewards you with 30 days of free service every time you refer a friend. Of course, the friend does have to sign up, but to sweeten the deal, ExpressVPN will give them a free 30 days as well. Everybody wins.
ExpressVPN even offers a referral option in the VPN app itself. Type in your friend’s email address, and once they purchase a subscription you’ve got 30 days for free. It doesn’t get much easier than that.

Of course, other VPNs have similar friend programs. NordVPN’s program is basically identical to ExpressVPNs, as you can see on our page about NordVPN deals.

Surfshark’s deals go even further. Not only can you get one month free for one friend, but if you refer three friends, you get six months, and if you refer five, you get a year for free. The point here is that if you look hard enough, you can always find ways to save on your VPN subscription, even from the top VPN brands.

We paid with a simple Visa, but ExpressVPN offers a number of different payment options, including:

How Do I Cancel ExpressVPN?

How to cancel ExpressVPN depends on which payment method you use:

We think ExpressVPN is worth its prices, which is why it’s on our list of the best VPNs. Here’s what we liked about it specifically:

Did You Know? Although they’re a territory of the United Kingdom, the British Virgin Islands (BVI) are self-governed and a non-member to Five Eyes, Nine Eyes, and 14 Eyes. As a result, BVI can’t be forced to make companies give them customer data.

ExpressVPN certainly isn’t the cheapest option around, but it’s not the most expensive either. We’d certainly recommend it as a VPN.

Since ExpressVPN is one of the most well-known VPNs on the market, we get asked a ton of questions about it. Here are some answers: