The AVG VPN boasts compatibility with Netflix and torrenting, but it has a long way to go when it comes to users’ privacy. 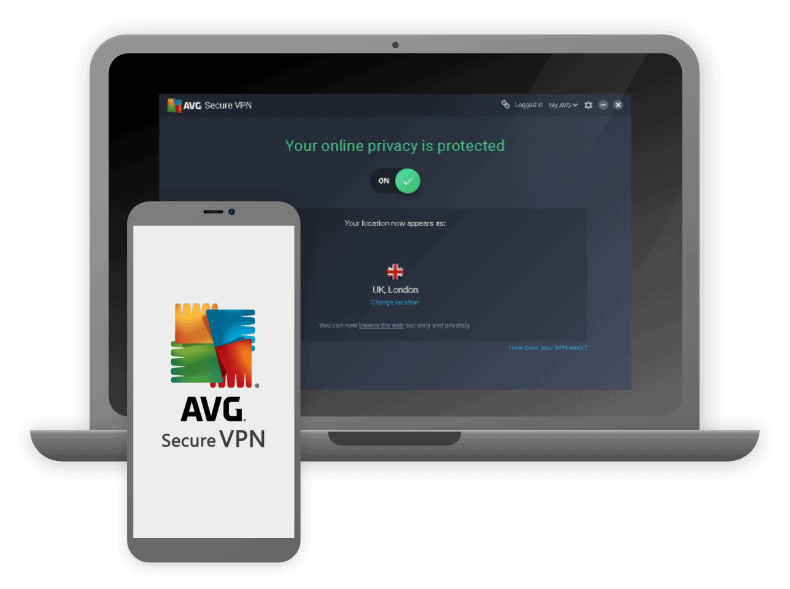 While the name AVG is fairly well-known in the antivirus space, their VPN definitely flies below the radar. And that’s not shocking, as it’s pretty minimal with around 700 servers in 50 plus locations. However, for some people, AVG may provide just the coverage they need. Let’s find out more.

After extensive testing, here are the things we liked the most and the least about the AVG VPN.

If you want all the details about our testing of AVG VPN, keep on reading.

Let’s get this out of the way. When it comes to privacy, AVG is simply not a good choice for a variety of reasons. One, they’re based in the Netherlands, a Five Eyes member that may force companies to give them customers’ data. This wouldn’t be such a big deal if the company itself didn’t log customer data, but that isn’t the case with AVG. Rather, the company logs a ton of unnecessary information, such as our:

Now, our own VPN usage research has told us that for four in 10 VPN-users, the biggest reason for using a VPN in the first place is for general privacy. So for 40 percent of people, AVG is a poor choice. However, that still leaves the majority of 60 percent, and if that includes you, it could be a solid option. And although AVG logs website traffic and device IP addresses, at least they encrypt it using the current standard of AES-256, with new IP addresses every time we connected.

Another glass-half-full feature of AVG VPN was its performance in our DNS and WebRTC leak tests. But first, let’s define those terms, as we know that everyone isn’t as VPN-obsessed as we are.

DIY: If you want to see for yourself that AVG VPN has no DNS or WebRTC leaks, take advantage of their week-long free trial and test it out for yourself. To see exactly how we test VPNs, read our VPN guide.

So while AVG is clearly not ideal when it comes to their privacy jurisdiction and privacy policy, at the very least, they did the basic job of encrypting our online activities and device IP addresses.

Again, people have various reasons for using a VPN; some people may want a VPN for Netflix, while others may want a VPN for torrenting. Whatever the reason, we’re pleased to say that AVG VPN works with both Netflix and torrenting, so you shouldn’t have any difficulties accessing entertainment.

Looking for a VPN for business? Unfortunately, AVG doesn’t have split tunneling, so you’ll have to route all of your traffic through their encrypted tunnel. So if you needed to connect to a public office network at the same time that you use your VPN, AVG is not a viable option.

Now, as we said previously, on all compatible devices (which includes Windows, macOS, Android, and iOS), AVG will shut down all of your web browsers and apps if the VPN fails. That way, although you’ll lose your encryption, there’ll be nothing to encrypt, keeping your web activity safe from your ISP.

Now, many things affect how fast your internet is aside from which plan you buy from your ISP. That includes things like distance to the server, operating system, app versions, and more.1 So we urge you to take our speed tests with a grain of salt.

Now, although some estimates say that on average, VPNs slow down browsing speeds by around five percent,2 we do not find this to be the case with most of the VPNs we’ve tested, and that includes AVG. While we saw decent speeds for Mac, there was a ton of latency when it came to Windows, so it’s safe to say that AVG is not one of the best Windows VPNs. Here is the raw data from our speed tests.

While the Windows download and upload speed differences were actually smaller than those on our Mac, the amount of latency on Windows makes AVG not an ideal pick for gamers. Overall, it’s a better VPN for Mac, with only 25 percent more latency with the VPN connected.

While our AVG VPN pricing page goes over their subscription options in more detail, it’s definitely something we consider in our testing, as well.

As you can see, AVG is not a completely free VPN, but instead a VPN with a free trial for a week, which counts for something. And beyond that free trial, AVG’s prices are pretty good, although certainly it’s not the cheapest VPN we’ve ever seen. To get the lowest price, sign up for two or three years, which oddly have the same monthly cost of $3.99. Of course, there are also bundles with AVG antivirus software available, so check out our AVG antivirus pricing page to learn about your options in greater detail.

Now, in terms of what an individual subscription to AVG VPN actually includes, we were able to use five devices at the same time and overall. That’s a bit of a disappointment, as we have many more than five devices and the average household in the U.S has over 10 IoT devices alone.3

FYI: Want to use AVG VPN on more than five devices? Buy the bundle AVG Ultimate, which covers up to 10 devices.

In sum, if you want to use a VPN on its own for five devices or under, AVG remains a decent option.

Interestingly enough, for 31 percent of VPN-users, the biggest reason to use a VPN was to be able to connect to public Wi-Fi, risk-free. If that’s the case, then there’s a good chance that they’re using a mobile VPN, most likely connecting to see the score of the game as they wait in line to return a package (one of the seventh circles of hell, in our opinion). For AVG, that means downloading:

These are nearly perfect ratings, and we agreed that AVG’ mobile apps were really easy to use. Of course, they also have apps for Windows and MacOS that we did the speed tests on, but it’s nice to know that we’re covered on mobile, as well.

The bottom line is that, unless you’re very concerned about privacy, AVG VPN will work for most people, Mac-users in particular. With relatively fast speeds and reasonable pricing, it definitely performed the basic functions of a VPN and is worth the money.

Buy AVG if you want…

But opt for another VPN if you want…

If AVG VPN isn’t for you, that’s okay; we’ve tested out dozens more, so you’re bound to find one option that works. Not sure where to start? Read our guide of the year’s best VPN service.

We’re not done yet! Our readers have a ton of questions about the VPN from AVG, and we’re here to help.