Just what kind of cash can you save on Nest cameras this Prime Day? 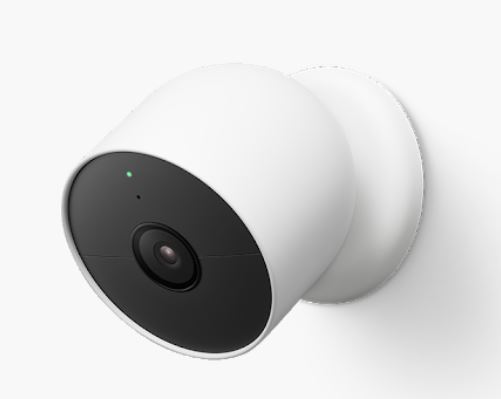 Google Nest makes some of the best and smartest security cameras on the market, but its cameras are usually on the higher end of the spectrum when it comes to price as well. That’s why whenever there’s a sale, we cherish the rare opportunity to save on Nest Cams.

This year, Amazon is treating us to two extra sale days. Besides the two-day Prime Day sale that took place in July, Amazon just launched the two-day Prime Day Early Access Sale which is happening now! If you’re a fan of Nest cameras, this is an extra chance to purchase a Nest Cam at a lower price.

Let us start by saying that we’re just glad that Google is back on Amazon. As you probably know, Google Nest and Amazon are big competitors in the smart home department. Amazon has Alexa, while Google offers Google Assistant. Both own security camera companies — Google has Nest cameras and Amazon has Ring and Blink. In the past, this competition has caused friction between the two companies, which resulted in Amazon deciding not to sell newer Google Nest products on its marketplace in 2018.1 That meant for a while, we didn’t see Prime Day deals on Amazon for Nest cameras.

Fortunately, Google Nest is back on Amazon, and with a new and more affordable lineup. Not only that, during the July Prime Day event, Google Nest had some of the best security camera deals on the platform.

That being said, Google Nest might have missed the memo that there’s an Amazon Prime Day Early Access Sale going on, as we are yet to see significant deals from the brand.

Right now, the only Nest camera on sale is the Nest Cam Battery, and the discount is a measly $14 to bring the price down to $165. You’ll get a slightly better price if you buy two cameras for $286 ($143 each), but that’s about all the discounts you can get right now.

We can take it as a good sign, though — maybe Google Nest is gearing up for something bigger, perhaps for the upcoming Black Friday and Cyber Monday sales. Only time will tell, though.

These were the best July Prime Day deals on Nest security cameras:

Those are great deals compared to previous discounts from Nest. Black Friday deals on Nest cameras last year, for example, dropped prices by up to 30 percent. The deals above reflect discounts well above that figure. This year’s July Prime Day discounts were better than last year’s, too. Although Nest’s lineup was significantly more expensive last year, the discounts only hovered around the $30 to $50 range. In July, we saw multiple Nest cameras with discounts between $60 and $90.

Of course, Nest isn’t the only security camera brand on Amazon. And now that Nest hasn’t yet revealed deals on its top-notch products, you may want to check out Prime Day Blink camera deals and Prime Day Ring camera deals. Whatever you order, though, you should know that Prime Day results in package theft at higher-than-normal levels. Keep an eye out for porch pirates!

Pro Tip: Even though Prime Day is an Amazon Prime event, we often see other companies offer discounts on their online stores. We recommend visiting the Google Store as well to compare prices.

Just to provide a little context, let’s look at what Nest cameras cost normally. Keep in mind that multi-camera bundles often carry discounts of their own, so buying in bulk saves you money, Prime Day or not.

Are Nest Cameras Still Worth It?

If you compare Nest’s prices to industry standards, it’s still one of the more expensive security camera brands. There are $30 Wyze Cams, for example, and the Ring Indoor Camera we reviewed cost us only $60. We think the latter is a good mid-range camera, which means the indoor camera from Nest falls into the high-end category. That being said, the indoor Nest Cam really is a high-end camera, since it offers person detection and even facial recognition when paired with a Nest Aware subscription.

From the point of view of people who have been testing Nest cameras for years (that’s us!), though, the new Nest cameras are a breath of fresh air in terms of pricing. Did you know that Nest used to offer an outdoor camera — the Nest Cam IQ Outdoor we reviewed — for $400? Even more intriguingly, that outdoor camera shared a lot of similar features with the new $180 Nest Cam Battery. We found that out when we reviewed the Nest Cam Battery recently. Needless to say, within the past year, Nest earned a spot on our list of the best affordable cameras you could buy. It’s already one of the best security camera brands, and lowering its prices while keeping all the great features only made Nest better.

FYI: Nest provides three free hours of cloud storage. If you’re looking to record continuously, though, you’ll want to invest in Nest Aware. Nest Aware provides 30 days of storage for $6 a month or $60 for the year. Continuous recording is available in the Nest Aware Plus subscription for $12 per month or $120 per year.

Prime Day often presents a great opportunity for buyers to enjoy discounts on security equipment, and with two Prime Days this year, who says opportunity knocks only once? Sadly, we’re not seeing deals from Nest, but that shouldn’t stop you from checking out other security camera brands. Competitors such as Ring, Blink, and Arlo also have their own special offers, so we recommend staying brand-agnostic until you’ve done your research.