From the Arlo Essential to the Arlo Ultra 2, what discounts can we expect from the October Prime Day Early Access Sale? 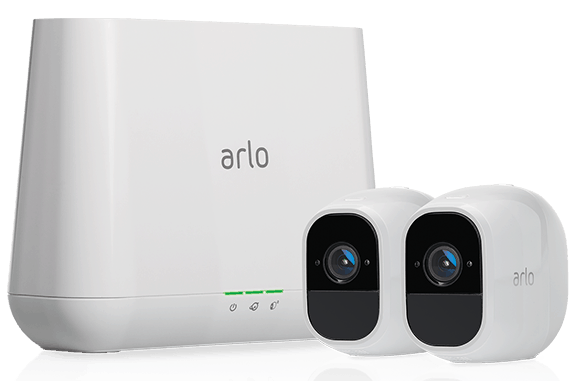 Aside from Christmas and Black Friday, Prime Day is our favorite shopping holiday of the year, which is why we’re thrilled that Amazon decided to throw a second Prime Day event this year. The Prime Day Early Access Sale has started, and we’re here to cover the hottest deals from our favorite security brands.

During previous Prime Days, particularly in July 2022 and June 2021, Arlo was one of the best-selling security camera brands. Will its Prime Day October performance be as strong as before?

Arlo deals abound this Prime Day October, with deals on Arlo products ranging from single cameras and multi-camera packs to accessories. Check them out below.

We also found deals on Arlo accessories, from replacement batteries to solar panels. Here are a few examples.

But how do those deals compare to previous Prime Days? Pretty good, we’d say, but see for yourself.

Arlo makes a handful of security cameras, and many of them went on sale the previous Prime Day in July of this year. Better still, Arlo’s deals weren’t all Prime-exclusive, so non-Prime members also benefited from the discounts, which lowered the prices of Arlo cameras by up to 35-percent. For instance, sets of two Arlo Essential Spotlight cams sold for only $169.99, down from $259.99.

Check out these other Arlo deals from the July Prime Day event, all of which were up for grabs for Prime and non-Prime members alike.

It’s worth noting that buying in bulk seems to be the best way to save more. For instance, the deal on the three-camera set of Arlo Pro 4 cameras saves you $150, while buying three Arlo Pro 4 cameras individually only yields $90 in savings. It’s important, then, to take stock of what Arlo cameras you need before buying. Our review of the full Arlo lineup can help you with that.

What We Can Learn From Previous Arlo Prime Day Deals

Offering its best-selling products at a discount seems to be Arlo’s running theme for Prime Day. In 2021, the Arlo Pro 2, Arlo Pro 3, Arlo Pro 4, Arlo Essential Spotlight, and Arlo Video Doorbell could each be had for up to $80 off. The wired Arlo Video Doorbell we reviewed, for instance, is already a solid buy at $149.99, but Arlo’s Prime Day deal dropped its price to below $100. On Prime Day October, keep an eye out for deals on the Arlo Essential Indoor and Essential Spotlight.

Going back further, in 2020 (which was coincidentally the year Amazon moved Prime Day to October due to the pandemic), Arlo Utra made a surprise appearance on Arlo’s list of Prime Day deals. It was 53 percent off, or about $200 lower than its original price, which was surprising given that it’s one of Arlo’s most premium cameras, as we noted in our Arlo Ultra review.  That’s another thing to monitor during the Prime Day Early Access Sale: Arlo’s more expensive cameras offered at discounts.

Lastly, keep an eye on deals involving older cameras from Arlo, such as the Arlo Pro 2 and 3. Those may have been around longer than other Arlo cameras, but they still perform incredibly well. Both cameras are no longer offered by Arlo, but we still see third-party Amazon sellers listing the cameras. Just be sure to check the sellers’ reviews and ratings before buying from them.

Pro Tip: Not sure if older Arlo cameras can work for you? Read our Arlo Pro 2 review and Arlo Pro 3 review to find out their features before you decide.

Arlo has a pretty large store on Amazon, with tons of cameras, camera systems, and accessories available. We listed Arlo’s current pricing on Amazon (MSRP) here for your reference, in case you want to hunt deals on your own.

Security cameras aren’t the only things you can save on this Prime Day October. Because this is an Amazon Prime-exclusive shopping holiday, expect to see big discounts on the Echo Show and other Amazon-branded smart home and security products. We anticipate huge Ring video doorbell Prime Day deals as well. That’s a great thing for Arlo users too, since Arlo works with a number of smart home brands. For example, you can use an Echo Show to view your Arlo outdoor camera videos live from the comfort of your couch simply by telling Alexa to show you your front yard. And since Arlo’s video doorbell offering is quite limited for now, you can pick up a Ring video doorbell to pair with Alexa and, by extension, Arlo cameras. Maybe this will inspire you to build out your smart home!

What Is Prime Day and Prime Day Early Access Sale?

Prime Day is an annual two-day shopping event from Amazon for Prime members only. Historically, it occurs around the second week of July, but we’ve seen Amazon move the date around in the past couple of years due to the pandemic. In 2020, at the height of the lockdown, Amazon moved Prime Day to October 13 and 14, and last year, they held the event a bit earlier, on June 21 and 22. Prime Day 2022 was back to its usual calendar slot: July 12 and 13.

On the other hand, the Prime Day Early Access Sale is kind of a spinoff of the mid-year Prime Day event. It’s meant to give Prime members an early chance to enjoy holiday deals. Remember, this is the first time we’re seeing the Amazon Early Access Sale, and depending on how it fares, we might see it again in the following years.

Although the dates moved around the past couple of years, one thing remained the same: Prime Day was Amazon’s largest shopping event. In 2020, Amazon sold more than 175 million products, and last year, that figure grew to over 250 million.1

The most popular purchase from Prime members around the world was the Echo Dot smart speaker, which is similar to the Echo Dot With Clock that we’ve tested out personally. Other bestselling items included coffee beans, diapers, mouthwash, and lightbulbs — you know, the essentials.2

The first Amazon Prime Day sale was on July 15, 2015, Amazon’s 20th birthday. Rather than being global, it was only available in Austria, France, Germany, Canada, Italy, Spain, Japan, the U.S., and the U.K. Later, it became a two-day event, with twice the savings available to Prime members all across the globe.3

Prime Day is a great time to save, and with October Prime Day sale that’s going on now, we’re presented with a unique opportunity to enjoy deals outside the usual mid-year Prime Day.

That said, Black Friday and Cyber Monday are coming up next month, and holiday shopping deals will be available shortly after that. Learn more about security camera Black Friday deals here.