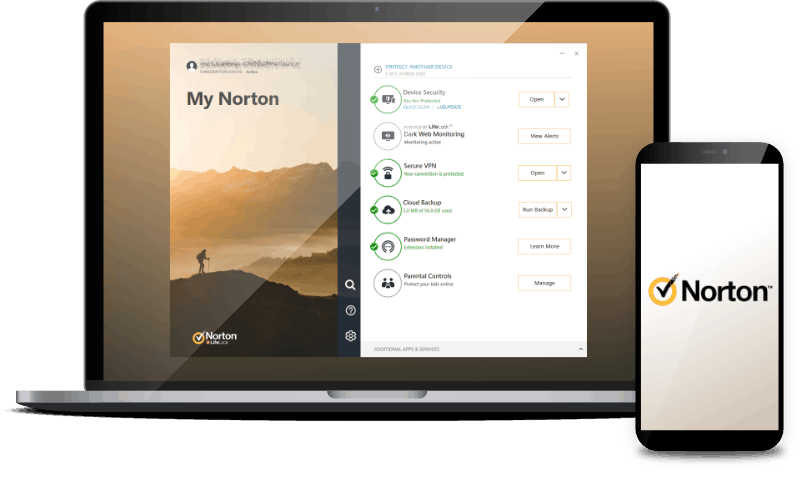 Norton, also known as NortonLifeLock following a 2019 merger, formerly known as Symantec (yes, we understand that’s a lot), is one of the most prominent names in computer security. With an all-encompassing suite of cybersecurity services including anti-virus software, identity theft protection, privacy protection and more, Norton is widely known in the digital security industry, with a footprint spanning the globe and millions of customers. In this review we’re going to look at one facet of their offerings, the Norton Secure VPN, a no-frills but competitively priced addition to the VPN market, and see if it’s worth your investment.

Other VPNs That Compare to Norton

One of the main concerns when using a VPN is trust. We turn to a VPN to protect our data, to ensure that the websites we visit aren’t being tracked and that police and law enforcement won’t get access to our data should they subpoena the company. Let’s take a look at the company’s footprint and data policies to see how safe of a choice they are.

Unfortunately, Norton is a US-based company, which puts them under a jurisdiction notorious for gathering data from its citizens. The United States is a global leader in Five Eyes, Nine Eyes, and 14 Eyes, international cooperatives of countries committed to sharing intelligence. On its face, this is a red flag for us since it indicates that the company may be forced to hand over user data at some point.

To Norton’s credit, however, they do provide a transparent look at how they handle data, which gave us a bit of reassurance. Norton doesn’t log where we visit on the Internet, so even if they were forced to hand over data, there wouldn’t be much for governmental agencies to go on.

The data Norton does collect is relatively benign, and generally standard for the industry, though there were a couple of points that gave us pause. On their website they offer a detailed look at how they handle data, with subsections for each of their products, VPN included. This transparency is a nice way for the company to assuage some of our reservations about their jurisdictional shortcomings. One of the data fields the company collected was our IP address and geolocation, which even though it’s anonymized, made us a little uneasy. They also collected aggregate bandwidth usage, OS version for mobile devices, and certain diagnostic data.

Within their privacy policy, Norton claims that subscriber information could be provided to third parties such as “government-related auditors” and “services providers” which feels open-ended and a little suspect, but the fact that the company doesn’t log user data or have agreements to sell data to third-party advertisers is enough to keep them above board in our eyes.

The number of servers and the spread of those servers across countries creates the conditions for a VPN to be successful. When we’re evaluating VPNs, we tend to favor those with the largest footprints, because it typically means that there are multiple servers in our general region which can help increase speeds as we’re surfing the web. For a good example, check out our NordVPN review, which features more than 5,000 servers in more than 60 countries.

Norton Secure VPN has 1,500 servers spread across 31 countries, with 200 server locations in 73 cities. This footprint is modest, but it’s not a noticeably paltry number. Another point to note is that of their 1,500 servers, 1,200 are virtual servers. Virtual servers are essentially a way to use software to mimic the presence of physical servers, and it’s a more cost-effective way for VPNs and other web hosts to increase their server count without having additional, dedicated physical servers.2

Quick Facts: Norton—like many VPNs—doesn’t work and doesn’t offer server locations in China due to the country’s aggressive censorship and Internet monitoring policies.

One of the major selling points that Norton highlights about their VPN is “bank-grade encryption”. The VPN features an AES-256 encryption which is what we’ve come to expect from VPNs, and the industry standard. While we’re happy to see Norton come through on encryption, there were some security vulnerabilities that gave us pause, however.

Note: While there is no kill switch for Windows PCs, Macs, or iPhones, Norton Secure VPN’s Android app does include the feature.

Because VPNs run your Internet activity through additional servers, there can be significant degradation in the speed of your browsing, downloading and streaming. We put the Norton Secure VPN through the ringer to see how much it would affect our speeds. Here’s what we discovered. First, let’s take a look at our tests on a Windows PC.

As you can see, our speed on Windows was much slower, especially with regards to ping rate (more than 11 times slower) and upload speeds (more than 60 percent slower). Download speeds were surprisingly good, coming in only 27 percent slower than without the VPN running.

Now let’s see how the tests went on Mac:

The ping rate on our Mac was about three times slower, and the download rate was around 30 percent slower as well; but impressively, upload speeds barely lost anything at all, coming in only four percent slower.

Generally speaking, Norton Secure VPN’s speeds are roughly in line with the normal degradation of service we’ve come to expect from VPNs. We weren’t blown away by blazing speeds with the VPN connected, but it also didn’t bring our computers to a total crawl while it was operational.

More VPN Reviews: Not sure about Norton

Some Odds and Ends

As we mentioned earlier, Norton Secure VPN is a relatively no-frills service. Meaning, there are few advanced settings or additional features that blew us away as we were using the VPN. Broadly speaking, however, there are some features that we’ve come to expect from VPNs that we were missing with Norton that we’d like to take a second to discuss.

A Quick Word on Subscription Plans

One of the best parts about Norton Secure VPN is its price point. For a more broad look at the company and its offerings, check out this more in-depth Norton pricing overview. Norton offered three tiers of service based on the number of devices we wanted to cover: one, five, or 10. We were also able to get lower monthly rates by paying for a full year of service up front. Some of those tiers brought the price down to just over $3 per month, which is a great deal (though check out our CyberGhost VPN review for a sub-$3 service).

Here’s a quick look at how their plans compare:

We loved that Norton let us choose the number of devices we wanted to protect and priced its plans accordingly. Would you spend $11.95 on NordVPN’s monthly plan just to secure one device? Neither would we. With the Norton Secure VPN, you can choose to protect one, five, or 10 devices and not spend a penny more than you should.

As a standalone VPN, Norton Secure doesn’t have a whole lot to offer beyond basic privacy protection. But the truth is, this VPN isn’t necessarily intended to be a standalone service. When thought of as an add-on to a more robust antivirus system, Norton Secure makes a whole lot more sense. We were provided basic protection with minimal maintenance, and there was little customization or advanced features that required our attention. But along with this basic protection, we found some holes in the service, like a lack of a kill switch, some problematic privacy issues in logging our anonymized IP address, and issues with streaming services and BitTorrent support. Norton Secure is fine as a set-and-forget service, but for those interested in a serious, dedicated VPN, we’d recommend looking elsewhere.

We've compiled the most frequently asked questions about the Norton Secure VPN and answered them below.